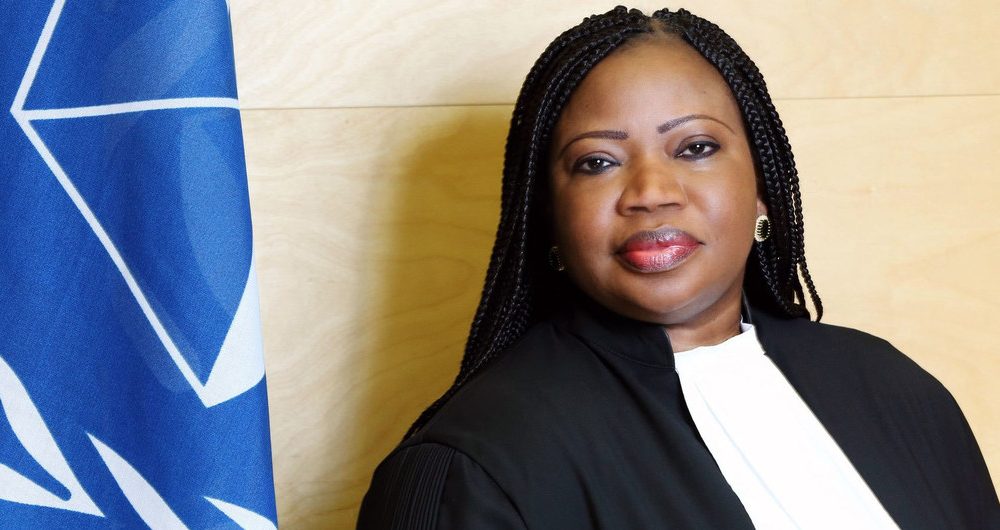 The UN Secretary-General on Wednesday noted “with concern” the imposition by the United States of sanctions against the Chief Prosecutor of the International Criminal Court (ICC) and another senior official, in the latest of a series of unilateral policy moves against the body.

US Secretary of State Mike Pompeo accused the ICC of “illegitimate attempts to subject Americans to its jurisdiction”, announcing sanctions against Chief Prosecutor Fatou Bensouda and the Head of the Jurisdiction Complementarity and Cooperation Division, Phakiso Mochochoko, in accordance with a US executive order issued in early June by President Donald Trump involving “Blocking Property of Certain Persons Associated with the ICC”.

The court has faced criticism from the US since it was founded in 2004, and along with Russia and China, remains one of a dozen countries that have declined to sign up to its jurisdiction.

Mr. Pompeo made the accusation as The Hague-based court probes whether US forces have committed alleged war crimes in Afghanistan.

Calling the ICC “a thoroughly broken and corrupted institution”, the Secretary of State reminded that the US never ratified the Rome Statute that created the court, adding “we will not tolerate its illegitimate attempts to subject Americans to its jurisdiction”.

He maintained that the US was taking this step, “because the ICC continues to target Americans, sadly”.

On behalf of the UN chief António Guterres, Spokesperson Stéphane Dujarric acknowledged the US statement, saying, “we continue to closely follow developments on this matter”.

“We will be analyzing any possible implications that this development may have with respect to the implementation of the Agreement”, he continued.

Cooperation between the UN and the ICC is founded on their Relationship Agreement, which was approved by the General Assembly on 13 September 2004.

In line with previous statements of the US Secretary of State, Mr. Dujarric said, “We trust that any restrictions taken against individuals would be implemented consistently with the Host Country’s obligations” under the UN Headquarters Agreement.

As the top prosecutor, Ms. Bensouda has visited the US frequently to attend key meetings in the Security Council.

The new measures “are another attempt to interfere with the Court’s judicial and prosecutorial independence and crucial work to address grave crimes of concern to the international community as mandated under the ICC Rome Statute”, said the ICC in a statement released late on Wednesday.

“These coercive acts, directed at an international judicial institution and its civil servants, are unprecedented and constitute serious attacks against the Court, the Rome Statute system of international criminal justice, and the rule of law more generally.”

The Court said it would continue to “stand firmly by its personnel and its mission of fighting impunity for the world’s most serious crimes under international law, independently and impartially, in accordance with its mandate.

“In doing so, the Court benefits from the strong support and commitment of two-thirds of the world’s States which are parties to the Rome Statute.”

Meanwhile, O-Gon Kwon, President of the Assembly of States Parties (ASP) – the Court’s management oversight and legislative body – strongly rejected what he also described as the “unprecedented” measures against the treaty-based international organization.

“I deeply regret measures targeting Court officials, staff and their families”, he said.

Calling the ICC an “independent and impartial” court of law that “operates in strict adherence to the provisions of the Rome Statute”, he said he would convene an extraordinary meeting of the Bureau next week, “to consider how to renew our unwavering commitment to the Court”.

He concluded with a call to the States Parties and all involved with the Rome Statute system to “reiterate once more our relentless commitment to uphold and defend the principles and values enshrined in the Statute and to preserve its integrity undeterred by any measures and threats against the Court and its officials, staff and their families”.

Meanwhile, Agnes Callamard, an independent UN Human Rights expert and Special Rapporteur on extrajudicial, summary, or arbitrary executions tweeted that she was “speechless”, following the news of the US sanctions move against the Chief Prosecutor.