United Nations Association of Iran / News / From landmines to pandemics, on Mine Awareness Day UN chief says milestones reached by ‘working together’
Apr 05 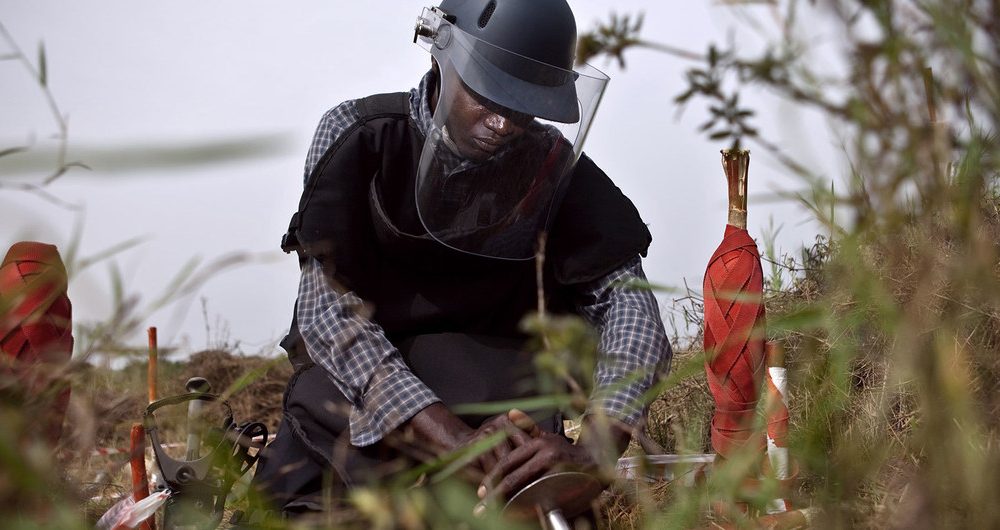 From landmines to pandemics, on Mine Awareness Day UN chief says milestones reached by ‘working together’

Decades ago, millions of landmines were buried in countries around the globe, and today the world is in the throes of a deadly COVID-19 pandemic, the UN chief said on Saturday, noting that in both situations, the most vulnerable remain at risk.

“Mines, explosive remnants of war and improvised explosive devices threaten some of the most vulnerable people in society”, Secretary-General António Guterres said in his message on the International Day for Mine Awareness and Assistance in Mine Action, adding that “now, the world is facing a daunting pandemic”.

From Cambodia to Mozambique, in Angola and in Afghanistan, thousands of lives were lost, with others altered forever “because of one unlucky step”, he said.

In the early 1990s, an outcry by civil society drove multilateral systems to stand up against anti-personnel mines, which led in 1997 to the Mine Ban Convention and other crucial frameworks.

And while today, many countries have declared themselves mine free – with others well on the way, he said that “women traveling to markets, farmers herding cattle, humanitarian workers trying to reach those most in need” remain the most at risk.

“The dangers posed by COVID-19 are forcing every country, and every person, to take steps that would have seemed unimaginable mere weeks ago”, acknowledged the UN chief, explaining that because of the coronavirus, this year’s observance of the International Day for Mine Awareness has been scaled back.

The football tournaments scheduled on land cleared of explosive ordnance have been canceled and events bringing together the mine action community will take place virtually, if at all.

“Yet, even in the midst of an unprecedented crisis, we cannot let this Day go unnoticed, nor can we allow the rights of persons with disabilities to go unacknowledged”, stressed the UN chief.

Mr. Guterres maintained that “the achievements of the mine action community show that “in working together, we can reach milestones once seen as impossible – a timely message for our efforts today to suppress transmission of the pandemic”.

Recalling the people living under the shadow of explosive ordnance, from Syria to Mali and elsewhere, the Secretary-General noted that today many are exposed and vulnerable to COVID-19, adding that “when the world emerges from today’s crisis, they will continue to need our support”.

“Now, more than ever, compassion and international assistance are needed”, James Bond actor Daniel Craig, who is the UN Global Advocate for the Elimination of Mines and Explosive Hazards, said in a message with the chief of UN Mine Action Service (UNMAS) Agnès Marcaillou.

They expressed their “deep solidarity” with all fighting against and affected by COVID-19, assuring that “it will be conquered”! Calling it “part of our DNA”, they said that the mine action sector has “always understood the importance of combining our efforts to eradicate the horrors, whether they are viruses or explosive hazards of war, that have plagued mankind”.

They restated their commitment to continue working to rid the world of explosive hazards and expressed their “special gratitude” to all mine action personnel, UNMAS staff and others, who, in over 30 mine-affected countries, help rehabilitate health care facilities, keep access routes open for humanitarian workers, medical staff and peacekeepers and who enable communities to reach them safely.

“Be blessed. Stay strong and healthy”, they concluded.