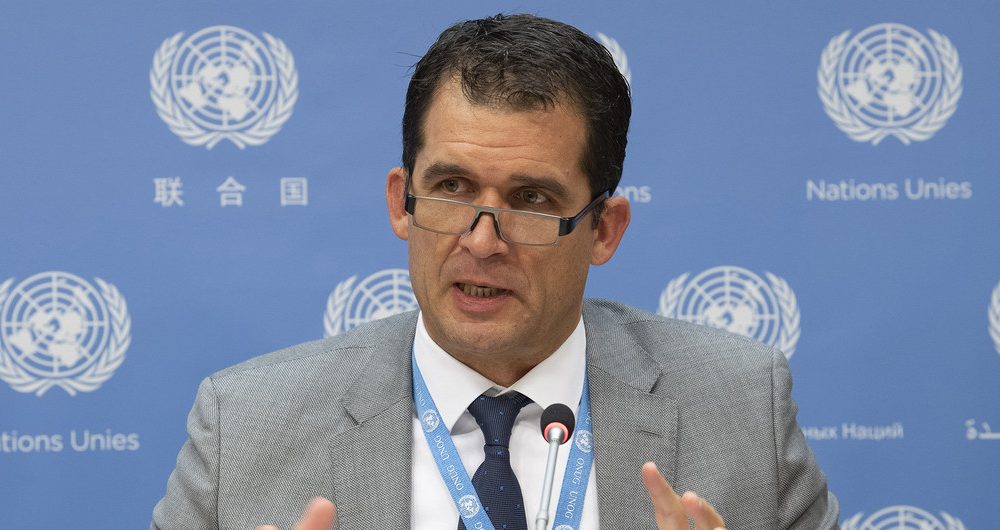 The “excessive use” of solitary confinement by the prison service in the US state of Connecticut, prompted an independent UN human rights expert to voice alarm on Friday.

“For years, my mandate has raised concerns about the worldwide overuse of solitary confinement which is subject to widespread arbitrariness”, said Nils Melzer, UN Special Rapporteur on torture.

The Connecticut Department of Corrections (DOC) has appeared to routinely repress inmates through prolonged or indefinite isolation, excessive use of in-cell restraints and “needlessly intrusive strip searches”, the expert said.

According to the independent expert, there seems to be a state-sanctioned policy aimed at purposefully inflicting severe pain or suffering, physical or mental, “which may well amount to torture.”

Theses dehumanizing conditions of detention, which sometimes euphemistically referred to as “segregation”, the “hole” or “lockdown”, are routinely used by US correctional facilities, particularly against inmates designated as “high risk” due to previous gang affiliations, behavior abnormalities or mental conditions.

And these practices trigger and exacerbate psychological suffering in inmates who may have experienced previous trauma or have mental health conditions or psychosocial disabilities.

“The severe and often irreparable psychological and physical consequences of solitary confinement and social exclusion are well documented and can range from progressively severe forms of anxiety, stress, and depression to cognitive impairment and suicidal tendencies”, noted Mr. Melzer.

“This deliberate infliction of severe mental pain or suffering may well amount to psychological torture”, he added.

Inflicting solitary confinement on those with mental or physical disabilities is prohibited under international law.

Even if permitted by domestic law, under the 2015-updated Mandela Rules, prolonged or indefinite solitary confinement cannot be regarded as a “lawful sanction”.

These Rules set a minimum standard of UN rules that defines solitary confinement as “the confinement of prisoners for 22 hours or more a day without meaningful human contact.”

“The Mandela Rules reinforce human rights principles, including the recognition of the absolute prohibition of torture and other cruel, inhuman or degrading treatment or punishment and effective guidance to national prison administrations for persons deprived of their liberty”, concluded Mr. Melzer.

After presenting his report on psychological torture to the Human Rights Council in Geneva, he will hold a press conference on Monday.