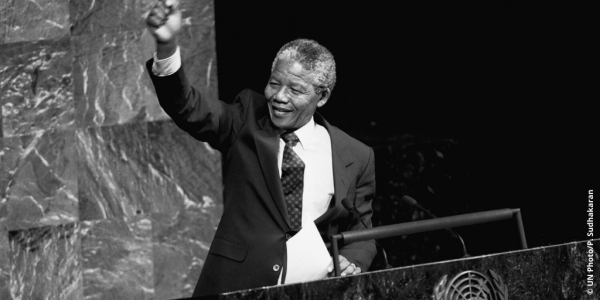 The Prize was established in June 2014 by the United Nations General Assembly to recognize the achievements of those who dedicate their lives to the service of humanity by promoting the purposes and principles of the United Nations while honoring and paying homage to Nelson Mandela’s extraordinary life and legacy of reconciliation, political transition, and social transformation.

First awarded in 2015, the Prize recognized two outstanding individuals: Dr. Helena Ndume of Namibia, an ophthalmologist whose life’s work has been the treatment of blindness and eye-related illnesses, both in Namibia and throughout the developing world; and former President of Portugal, H.E. Mr. Jorge Fernando Branco Sampaio, a leader in the struggle for the restoration of democracy in his country.

The Award is presented every five years to two individuals: one female and one male.

It is expected that the laureates will be announced in May 2020, with the prizes awarded at United Nations Headquarters in New York during the commemoration of Nelson Mandela International Day, marked on 18 July.