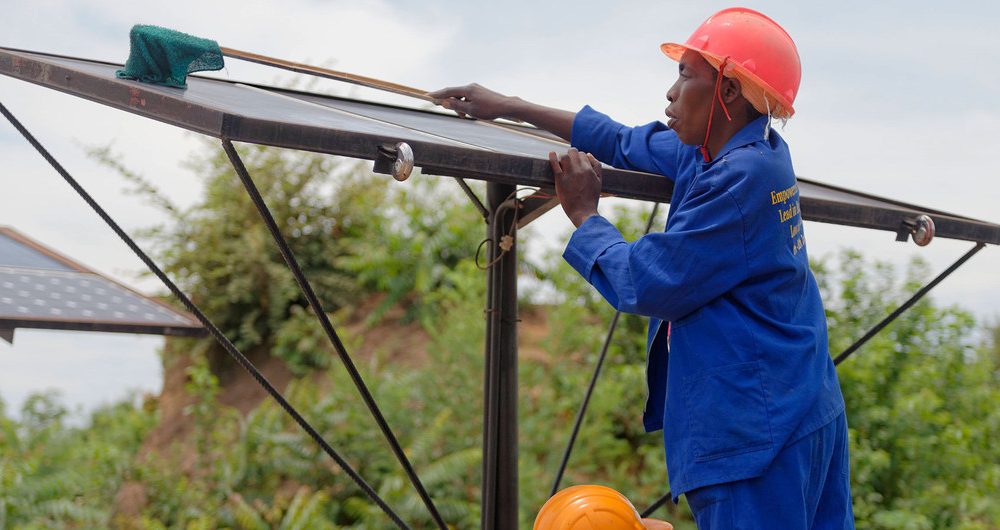 ‘Embrace the transformation’ to a carbon-neutral world by 2050, UN chief tells COP25

With millions of workers increasingly affected by the climate crisis the route to securing livelihoods in the future lies in a wholesale transformation of how we power the planet and manage our resources, the UN chief said on Thursday, at a COP25 climate action event focused on greener jobs.

“We are still losing the climate race”, Secretary-General António Guterres said in Madrid, “but we can choose another path, the path of climate action and well-being for people and planet”, which is about jobs, health, education, opportunities, and the future.

He maintained that the answer to the climate crisis “lies in transforming how we generate our power, design our cities, and manage our land”, but it also requires actions “consistent with making people’s lives better”.

The Paris Agreement agreed in 2015 included “a just transition” for people whose jobs and livelihoods are impacted by moving “from the grey economy to the green”, he noted, part of the Sustainable Development Goals (SDGs).

“We can no longer refuse to face up to the climate crisis”, he spelled out, urging governments to commit, businesses to lead and people everywhere to “embrace the transformation that will bring us to a carbon-neutral world by 2050”.

According to the UN chief, shifting to a low-carbon economy represents a $26 trillion-dollar growth opportunity that could create 65 million new jobs by 2030 – with solar, wind and geothermal energy already being the fastest-growing job creators in several economies.

“The green economy is the economy of the future and we need to make way for it right now”, he stated, encouraging countries to re-train people so they can “switch careers with the concept that education now became a lifelong enterprise”.

Stressing that the transition to a low-carbon future is “fair and inclusive”, he said that this means “a future of green and decent jobs…of thriving, resilient communities, cities and countries.”

Meanwhile, the Climate Action for Jobs initiative, which the UN chief launched at the conference with  Guy Ryder, Director-General of the International Labour Organization (ILO), puts job creation and livelihoods at the center of national climate action plans, the UN chief enumerated measures to ensure inclusivity, such as assessing the employment, social and economic impacts of ecological transition and the potential of green jobs.

He underscored that economic growth and tackling climate change are “mutually reinforcing”, adding that “failing to tackle global heating is a sure-fire recipe for economic disaster”.

Cleaner, greener future for all

Detailing the need to “reduce emissions 45 percent by 2030 from 2010 levels, achieve carbon neutrality by 2050 and stabilize global temperature rise at 1.5 degrees Celsius by the end of the century”, Mr. Guterres said the Paris Agreement must be used as “our multilateral path forward”.

Without achieving our climate goals, the Secretary-General maintained that only the richest would survive.  And because “we cannot continue to have one foot in both the grey and the green economies at the same time”, he underlined that developed nations must fulfill their pledges under the Paris Agreement to mobilize at least $100 billion dollars a year for mitigation and adaptation in developing nations.

The decisive challenge of our time

For his part, ILO Director-General Guy Ryder told delegates that greening the world of work was “the defining and decisive challenge of our time.”

He called for “a jobs-and-human-centered policy agenda for climate action, based on country-level assessments, innovative social protection and strong consensus” saying the initiative “can make a major contribution” to this. Moreover, it will focus on three inter-related, complementary areas of advocacy and outreach; a policy innovation hub that will gather knowledge and generate innovative solutions; and capacity building and support for governments, workers’ and employers’ organizations.

“The fight against climate change is inextricably linked with the battle for greater social justice”, he concluded.