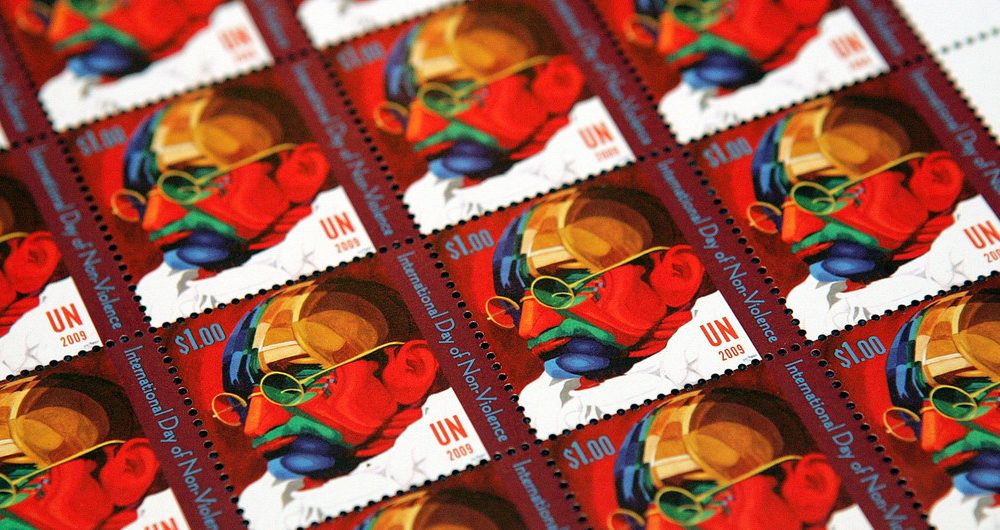 On Wednesday, the global community marks the International Day of Non-Violence, which this year coincided with the 150th anniversary of the birth of the global peace icon who led India to independence, Mahatma Gandhi.

“His vision continues to resonate across the world, including through the work of the United Nations for mutual understanding, equality, sustainable development, the empowerment of young people, and the peaceful resolution of disputes”, Secretary-General António Guterres said in his message commemorating the day.

“In today’s turbulent times”, he continued, “violence takes many forms: from the destructive impact of the climate emergency to the devastation caused by armed conflict; from the indignities of poverty to the injustice of human rights violations to the brutalizing effects of hate speech.”

Moreover, the UN chief pointed out that both on and off-line, “we hear loathsome rhetoric directed at minorities and anyone considered the ‘other’”. To address this growing challenge, the United Nations has launched two urgent initiatives.

The first is a global plan of action against hate speech and the other a plan for the benefit of Member States, to the protection and secure religious sites.

“Last week, I issued a global call for a decade of action to deliver the Sustainable Development Goals (SDGs), our roadmap away from violence and towards peace, prosperity, and dignity on a healthy planet”, Mr. Guterres said.

He recalled that before his assassination in January 1948, after the bloody partition of India the previous year, Gandhi constantly highlighted “the gap between what we do, and what we are capable of doing”.

“On this International Day, I urge each and every one of us to do everything in our power to bridge this divide as we strive to build a better future for all”, concluded the UN Secretary-General.

Back in 2007, the General Assembly established the day, which is marked annually on 2 October, to “disseminate the message of non-violence, including through education and public awareness” and reaffirm the desire “to secure a culture of peace, tolerance, understanding, and non-violence”.

The three main categories of non-violent action are protest and persuasion, including marches and vigils; non-cooperation; and non-violent intervention, such as blockades and occupations, according to the United Nation.