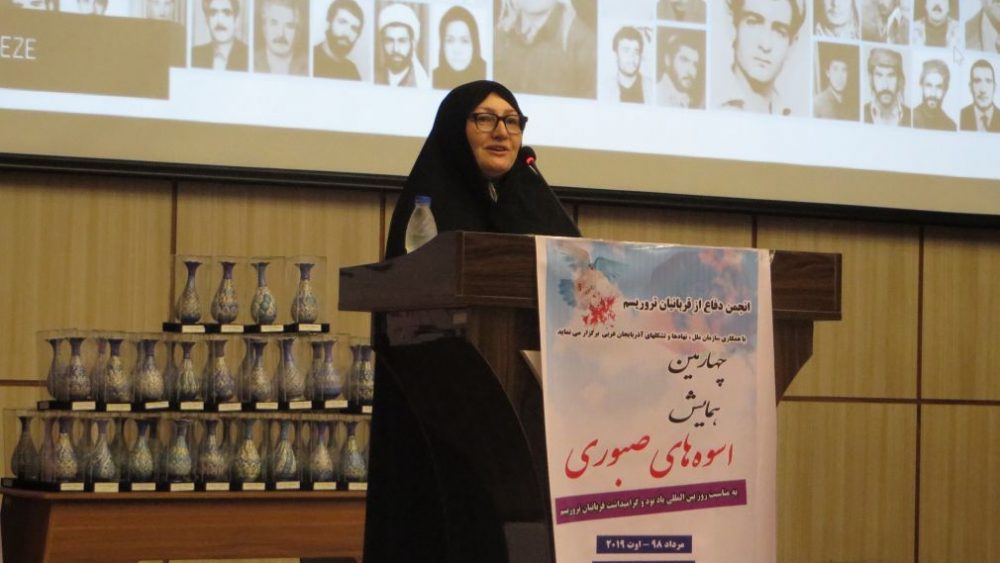 International Day of Remembrance of and Tribute to the Victims of Terrorism was commemorated at the Conference Hall of Uromieh University in Uromieh, capital of the West Azarbaijan Province on 21 August 2019.

At the beginning of the seminar which was organized by Association for Defending Victims of Terrorism (ADVT) in cooperation with the provincial officials and UNIC’s partnership, Chairwoman of ADVT Ms. Mansoureh Karami welcomed the participants and appreciated the efforts of the provincial authorities.

She stated that the families of the victims of terrorism are among the most oppressed members of the society and their rights are often ignored.  She said “Examples of Patience” conference has been previously held in Tehran, Isfahan, and the Golestan Provinces and the 4th one is being held in this city today. Wife of martyr Alimohammadi added that the families of victims of terrorism are the examples of patience in promoting peace in their societies.

Director-General of Foundation of Martyrs and Veterans Affairs of the West Azarbaijan Province Mr. Rahim Fa’al, in his speech, said 200 people were martyred in the hands of terrorists in West Azerbaijan. He added that the victims of terrorism are people from all walks life including Imams of Sunni and Shi’a, workers, farmers, women and children who are assassinated only because of defending truth and justice. He emphasized that West Azerbaijan is a leading province in defending the humanitarian values and families. He emphasized that the victims of terrorism should be praised.

Then, UNIC Director Ms. Maria Dotsenko, in her video message read the UN Secretary-General’s statement on the occasion of the International Day of Remembrance of and Tribute to the Victims of Terrorism. She quoted the UN Secretary-General, Antonio Guterres as saying:  this International Day reminds us that no matter how long ago an attack happened, victims continue to struggle with its legacy. She added, “we need to provide long-term, multi-faceted support to victims and survivors of terrorism, including through partnerships with governments and civil society, so that they can heal, recover, rebuild their lives and help others.” At the end of the message, the UN Secretary-General stated: “let us commit to showing victims that they are not alone and that the international community stands in solidarity with them, wherever they may be.”