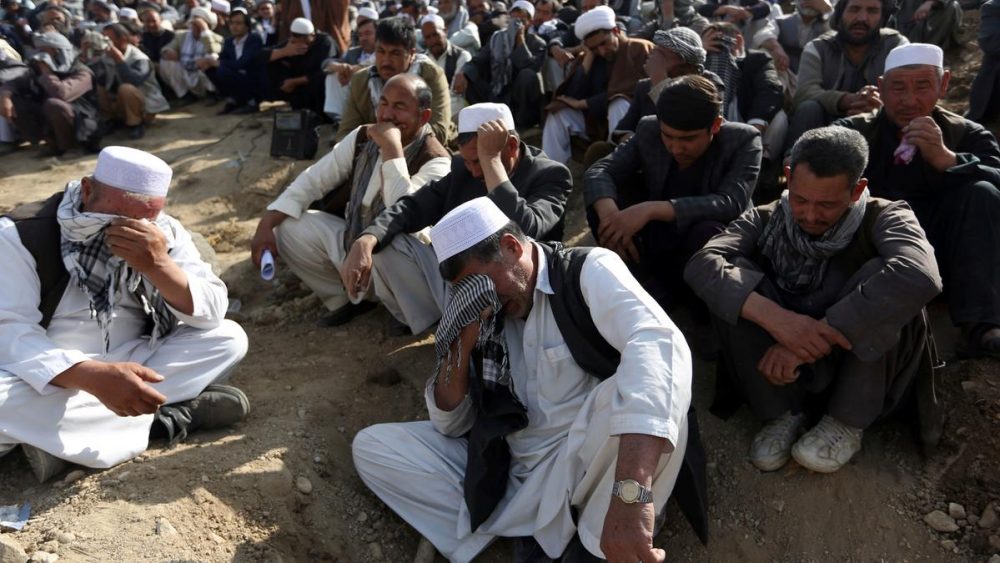 Afghanistan is at a “crucial moment” in its history as it marks 100 years of independence, the head of the UN Mission there said on Monday, following a series of terror attacks in recent days.

In a statement on Monday, Tadamichi Yamamoto, who heads the United Nations Assistance Mission in Afghanistan (UNAMA), said that despite decades of conflict, Afghans remain committed to a nation that is stable, peaceful and prosperous, and that upholds the human rights of women and men alike.

Mr. Yamamoto also expressed hope that elections due to take place next month would give voice to the people, while also maintaining that there was “a real possibility for breakthroughs in peace” after so many years of war – a reference to on-going negotiations between Taliban leaders and the United States, that it is hoped will lead to a lasting ceasefire and talks involving the Afghan Government.

The UNAMA chief’s comments come amid numerous recent terror attacks on civilians, including a suicide bombing towards the end of a large wedding party on Saturday, that claimed the lives of 63 people and injured over 180.

In a statement released on Sunday, UN Secretary-General António Guterres“strongly condemned” the “horrific” attack, and expressed his “deepest sympathies to the families of the victims, and the Government and people of Afghanistan.”

The attack took place in the Shahr-e-Dubai Wedding Hall in West Kabul where approximately 1,000 people were gathered for a Shia wedding ceremony, said UNAMA in a statement, adding that the mission’s human rights team would investigate the incident.

According to news reports, a local affiliate of the ISIL terrorist group claimed responsibility for the suicide attack.

“An attack deliberately targeting civilians is an outrage, and deeply troubling, as it can only be described as a cowardly act of terror,” said Mr. Yamamoto. “I condemn these deliberate attacks on civilians that signal a deliberate intent to spread fear among the population, which has already suffered too much.”

The wedding hall where the attack took place is situated in an area of the city heavily populated by Afghanistan’s Shia Muslim minority. UNAMA has documented several previous attacks deliberately carried out against this community.

“The pace of such atrocious attacks indicates that current measures in place to protect must be strengthened and that those who have organized and enabled such attacks must be brought to justice and held to account,” said the UNAMA chief. “The United Nations stands with all Afghans in solidarity and remains committed to an Afghan-led peace process that will end the war and bring about a lasting peace.”

On Tuesday, the Security Council condemned in “the strongest terms”,  the “heinous and cowardly terrorist attack” on the wedding that left more than 70 civilians dead and another 180 injured, for which the so-called “Islamic State Khorasan Province” claimed responsibility.

The Council also strongly condemned the attacks in Jalalabad, on the day of Afghanistan’s centennial independence celebrations.

“The members of the Security Council expressed their deepest sympathy and condolences to the families of the victims and to the Government of Afghanistan and they wished a speedy and full recovery to those who were injured”, the statement said.

It also reaffirmed that “terrorism in all its forms and manifestations constitutes one of the most serious threats to international peace and security”.

The Security Council underlined the need to “hold perpetrators, organizers, financiers and sponsors of these reprehensible acts of terrorism accountable and bring them to justice”, and urged all States, in accordance with their obligations under international law and relevant Security Council resolutions, to “cooperate actively with the Government of Afghanistan and all other relevant authorities”.

They reiterated that “any acts of terrorism are criminal and unjustifiable”, regardless of their motivation, wherever, whenever and by whomsoever committed.