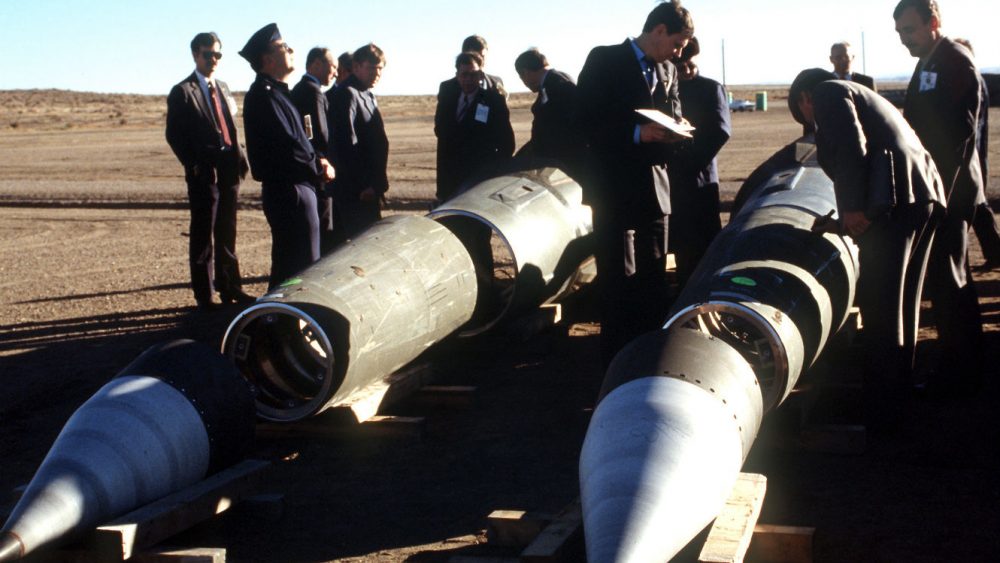 Secretary-General António Guterres expressed his “deep regret” on Friday that the landmark Intermediate-Range Nuclear Forces (INF) Treaty between the United States and Russia came to an end.

In a statement issued by his spokesperson, the UN chief recalled that he had “consistently called on both the United States and the Russian Federation to resolve their differences through the consultation mechanisms provided for in the Treaty and regrets they have been unable to do so”.

In 1987, US and Soviet Union leaders Ronald Reagan and Mikhail Gorbachev signed the INF treaty to eliminate land-based nuclear missiles and medium-range arsenals from Europe.

Since its entry-into-force on 1 June 1988, the Cold War-era arms control contributed tangibly to the maintenance of peace and stability internationally and especially in Europe, playing an important role in reducing risk, building confidence and helping to bring the Cold War to an end.

According to news reports, both sides walked away from the pact, each blaming the other for its demise and triggering fears of a new arms race.

“The Secretary-General emphasizes the need to avoid destabilizing developments and to urgently seek agreement on a new common path for international arms control”, the statement said.

Mr. Guterres calls on Russia and the US “to extend New START and to undertake negotiations on further arms control measures”, concluded the statement.