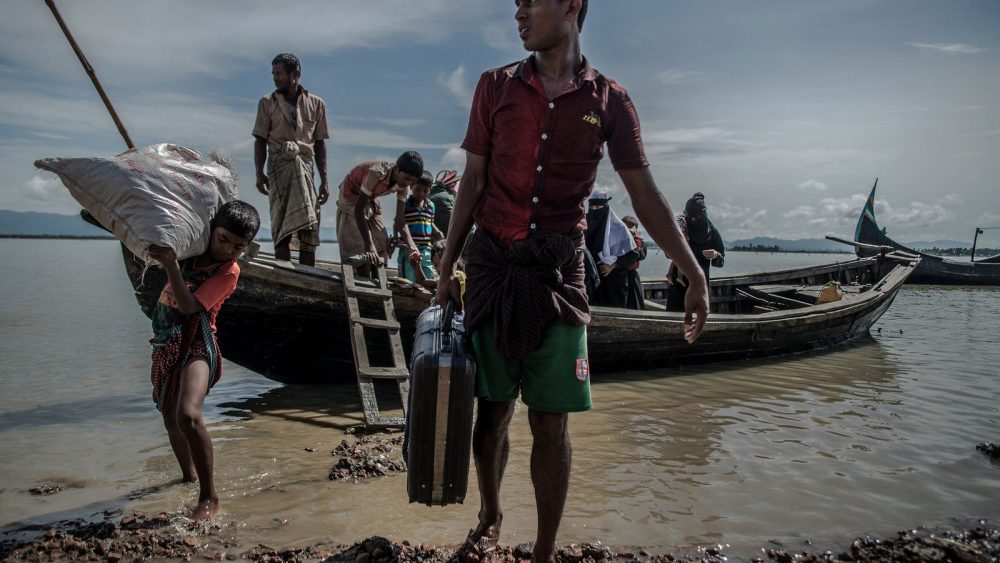 Unveiling new data indicating that global displacement numbers are at “the highest level” that the UN refugee agency, UNHCR, has seen in its almost 70-year existence, Mr. Grandi noted that these were “conservative” estimates.

On Venezuela, he added, only half a million of the four million people that had left that country amid an ongoing economic and political crisis have formally applied for asylum and refugee status.

Amid reports that regional neighbour Peru had tightened restrictions on Venezuelans trying to cross its border after struggling to cope with the migrant influx, Mr. Grandi noted that the risk was that other countries closer to Venezuela – such as Ecuador and Colombia – might follow suit, creating a “bottleneck”.

“These are people who are escaping so it is difficult for them to get documents from their own country,” Mr. Grandi said, adding that such papers were also difficult to obtain in Colombia and Ecuador.

It was almost counter-intuitive to ask these Venezuelans who are “refugee or refugee-like” to present passports and visas, he insisted.

“Peru is the second-largest recipient of Venezuelans after Colombia, and they are really overwhelmed by the presence of all these people and they have my full sympathy for that,” Mr. Grandi told journalists.

“But we have been urging them to be just like Colombia and Ecuador and Brazil to keep their borders open, because these people really are in need of safety, or protection,” he said.

Drawing parallels with Europe’s recent, so-called refugee crisis, when hundreds of thousands of people fleeing wars, including the Syrian conflict, risked their lives crossing treacherous Mediterranean waters to reach Greece and Italy, the UNHCR chief insisted that an open-door policy was essential.

“It’s a little bit like what happened in Europe in 2015 when you had one border closing after the other, and it’s the first country, Greece, as it was then – and which in this case would be Colombia, and maybe even now, because they cannot bear the burden any more …so there’s a lot of risks in this and I would like to use this opportunity to appeal to those countries; I know we are asking them a lot, but it is my job to appeal to those countries to keep the borders open.”

According to UNHCR’s Global Trends report, displacement levels today are double what they were 20 years ago, confirming a long-term rising trend in the number of people in need of international protection.

This included nearly 11 million individuals who were uprooted inside their country and 2.8 million new refugees and asylum-seekers, UNHCR’s data shows, as well as the fact that while richer countries hosted 16 per cent of refugees in 2018, least developed nations sheltered one in three.

While calling for more funding to help countries deal with the impact of these increased migration flows – particularly in neighbouring crisis-hit States where most displacement victims are hosted – Mr. Grandi underlined the need for better regional and international cooperation in the face of “new conflicts, new situations producing refugees, adding themselves to the old ones”.

This remains a challenge, he said, given the lack of unity in the UN Security Council – “the international community’s supreme body for peace and security – “even when it discusses humanitarian matters in Yemen, in Libya”.

Citing the example of the 2016 Gambia conflict as the last one that he could remember being resolved – and where 50,000 Gambians returned to the country once it was safe – Mr. Grandi said that it proved “where there is a regional effort, an international effort, a conflict is addressed, people go back”.

In addition, Mr. Grandi dismissed numerous preconceptions about migrants and refugees “just taking advantage and seeking opportunities”, given that “half of the refugees…are children. That’s a very high proportion,” he said.

“When you hear a lot about refugees, people that are taking advantage, seeking opportunities. Children don’t flee to seek better opportunities; children flee because there is a risk and a danger.”

Officially last year, there were more than 138,000 unaccompanied and separated children globally, according to UNHCR’s report, which notes that this is likely a significant underestimate.