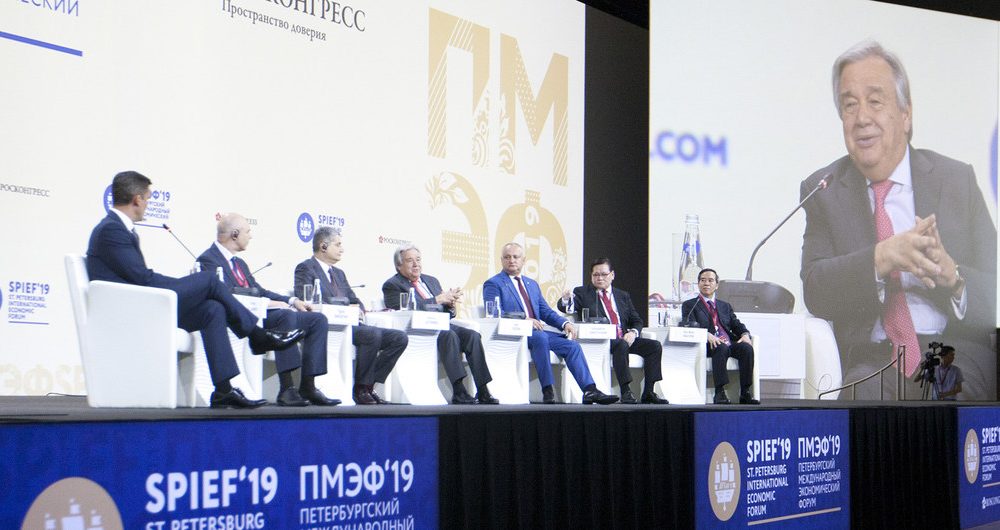 Responding to questions in front of a live audience, Mr. Guterres called on leaders everywhere to show wisdom, and create the conditions in which the 2030 Agenda for sustainable development (the UN’s initiative to end poverty, fight inequalities and tackle climate change) can be achieved.

The UN chief said that he refuses to see international relations as simply a confrontation between the United States and China, and stated his preference for a multi-polar world: “What we need is the United States, China, the Russian Federation, India, the European Union and several other key partners to address their problems in a multilateral way.”

The UN chief reminded his audience that Europe consisted of several rival powers at the beginning of the Twentieth Century but, with an absence of multilateral organizations, or effective platforms to resolve disputes peaceably, the result was the First World War.

Major powers, he said, need to play a relevant role, in a multipolar world with “multilateral forms of governance and international relations based on international law.”

A Secretary-General must be ‘an honest broker’

The UN chief’s appearance on stage ended with a question about his plans to remain in the post for a second term. Mr. Guterres responded by saying that, because the Secretary-General must be an “honest broker,” they office holder should never act in a way that could be seen as currying favour in order to secure a fresh mandate.

“My position has always been – in my life, in all things – the same,” said Mr. Guterres. “When I am here, I do my best as the Secretary-General of the United Nations. I do not think about what the future will bring. The day I will start thinking about the future I will start undermining my action today.”