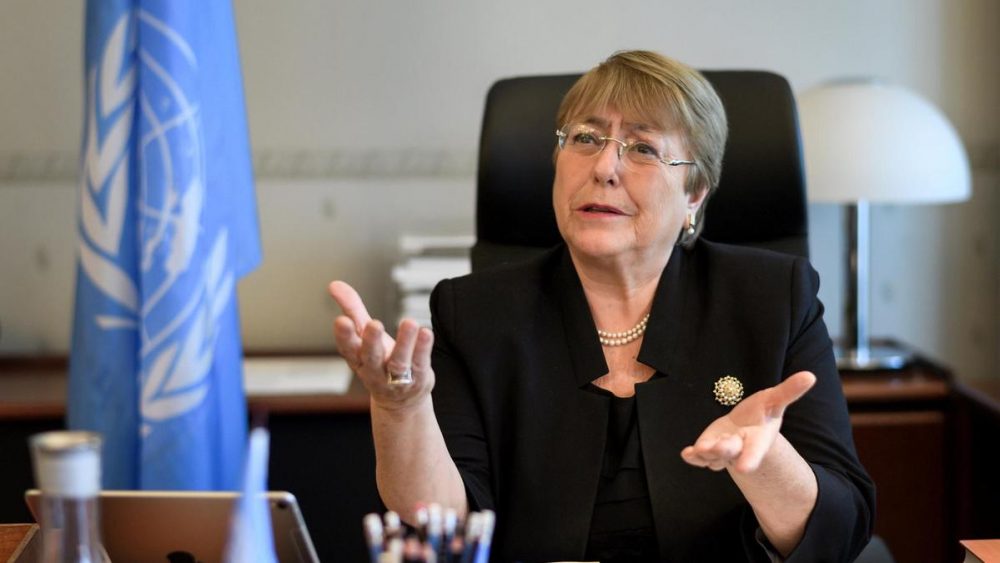 The UN High Commissioner for Human Rights Michelle Bachelet on Wednesday urged States to step up their support in 2019 in order to fund what she described as “the most ambitious programme of work ever drawn by my Office.”

Presenting an appeal for US$ 321.5 million, the UN Human Rights Chief stressed that sustainable peace, security and development will only be achieved in an “era of great turbulence” if States invest in human rights, and described her Office as “a vital tool for greater prevention, and better protection, around the world.”

“Human rights are your tools,” Bachelet told a gathering of delegates in Geneva, “— the best and most effective investment in a sound and safe future for your people.”

“Human rights work is prevention work,” she pointed out. “It prevents grievances, conflicts, inequalities, and suffering and discrimination of all kinds. By assisting all States in upholding civil, political, economic, social and cultural rights, as well as the right to development, we bring solutions to the many challenges you face – from climate change to infectious disease; artificial intelligence and the future of industries; urbanism, and the rights of peasants and people in rural areas.”

The UN Human Rights Office’s 2019 programme of work would focus on pushing forward in key areas, and across all regions, she said, with the aim of strengthening rule of law and accountability; protecting and expanding civic space; countering discrimination of all kinds; integrating human rights more strongly in development policies and programmes; and supporting early warning and protecting rights in situations of conflict and insecurity.

“In addition,” Bachelet said, “we will upgrade our work on key emerging issues such as: inequality; climate change; human rights in the digital landscape; corruption; and migration. And I also want to emphasise the increasing coordination and focus of our work on women, young people, and people with disabilities, as part of our efforts to assist States to implement the 2030 Agenda and fulfil their commitment to leave no-one behind.”

The UN Human Rights Office currently has some 1,300 staff in 72 presences worldwide, including its Geneva headquarters. In 2018, the year of the 70th anniversary of the Universal Declaration of Human Rights, its revenue was US$ 185.6 million – an increase of 28 percent over the previous year, but well short of the appeal figure of US$ 278 million.

Bachelet, thanked the 83 donors, including 61 States, who made financial contributions during 2018, but pointed out that, although a record amount, it fell short of the total needed to respond to all requests – and two-thirds of it was earmarked for specific projects and activities, which left her Office with little flexibility to adapt to unexpected situations or needs.

“So although we are deeply grateful for the increased resources,” she said, “I appeal to you to provide unearmarked funds, so that the resources can be allocated to areas where they are most urgently required.”