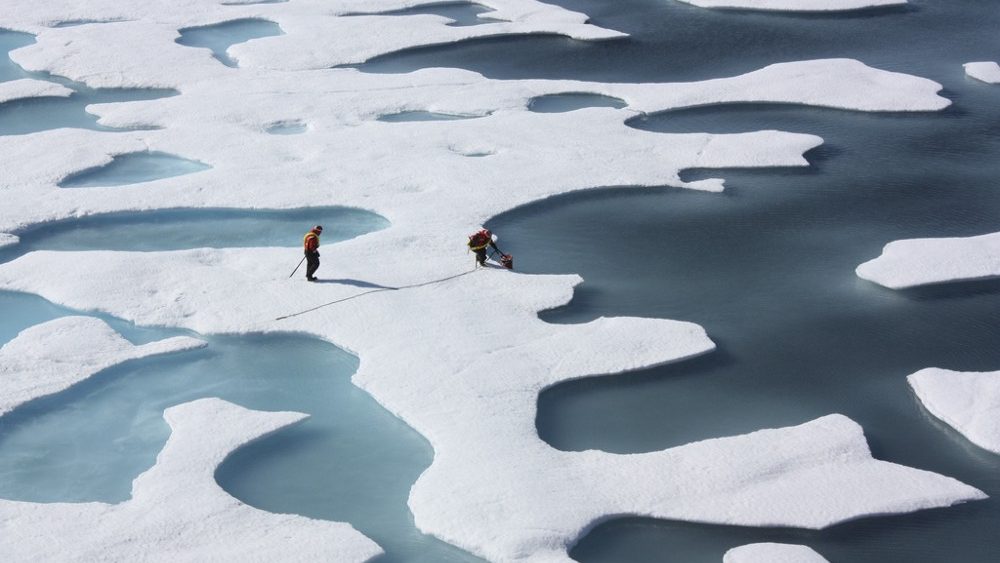 The impact of humans on our planet is now so large that many scientists are declaring a new phase of history. The old forces of nature that transformed Earth many millions of years ago, including meteorites and mega-volcanoes, are joined by another: us. We have entered a new human-dominated epoch of geological time called the Anthropocene.

The scale of human impact on Earth’s workings is immense. Humans move more soil, rock and sediment each year than all natural processes combined. Factories and farming remove as much nitrogen from the atmosphere as all Earth’s natural processes, and the global climate is warming fast from fossil fuel use. These changes rival those in Earth’s geological history.

Enough concrete has been produced to cover the entire surface of the Earth in a layer two millimetres thick. Enough plastic has been manufactured to Clingfilm it as well. We produce 4.8 billion tonnes of our top five crops, plus 4.8 billion head of livestock, annually. There are 1.2 billion motor vehicles, two billion personal computers, and more mobile phones than the 7.5 billion people on Earth. And if you weighed all the land mammals on Earth, 30 per cent of that weight is humans, 67 per cent IS the farm animals that feed us, and just three per cent are wild mammals. A sixth mass extinction looms.

This new Anthropocene epoch is more dangerous than most people acknowledge. It ends the unusually stable planetary conditions over the past 10,000 years that allowed farming and complex civilizations to emerge. Today’s interconnected network of cultures relies on stability, but rapid climate change means this is over. So what is to be done?

Each stage relies on greater energy use and greater flows of information and knowledge. These result in a much larger population, rising per capita productivity and greater collective agency. Seen in this light a new sixth type of society, of whatever type, will require both greater energy and improved ways to communicate knowledge and manage information.

Renewable energy for all

This mean renewable energy for all takes on an importance beyond stopping climate breakdown. Renewables, including new ownership models that can be replicated across the world, are essential to curbing climate change but are also at the core of any radically different future society.

Likewise free education, free Internet and everyone having it have a much deeper significance than just social media. While the revolutionary role of the invention of writing and the printing press is well recognized, the same now applies to digital communication. However, more energy and information could increase our environmental problems, as in the past. To usher in a new way of living the core dynamic of ever-greater production and consumption of goods and resources must be broken, coupled with a societal focus on repairing environmental damage. Two ideas do just this.

Universal Basic Income (UBI) is a policy where a payment is made to every citizen, unconditionally, without any obligation to work, at a level above their subsistence needs. Small-scale trials of UBI shows that educational attainment is higher, healthcare costs go down, entrepreneurship levels go up, as does self-reported happiness. However, UBI does more than this: it could break the link between work and consumption.

The need for most of us to sell our labour and be ever more productive is compensated for by enabling us to increase our consumption. Given this dynamic, it makes little sense to forgo environmentally damaging behaviour when we know we have to work harder in the future regardless of our choices. Consumption is the payback for being ever more productive at work. We often tell ourselves we deserve that lunch that came from thousands of miles away, or the new car, or long-haul holiday. We say: I’m working hard, I’ve earned it.

By breaking this link between work and consumption UBI can, if carefully managed over time, dramatically lessen our environmental impact. We could work less and consume less, and still meet our needs. Fear for the future would recede, meaning we would not have to work harder for fear of having no work in the future, particularly as automation and intelligent machines will reduce the number of jobs.

As a systemic change UBI eliminates extreme poverty and reduces dependency, giving people the power to say ‘no’ to undesirable work and ‘yes’ to opportunities that often lie out of reach. Nobody would be under any obligation to do environmentally damaging work — those in the fossil fuel industries would have the security of income to retrain. With UBI people would be able to plan for the future and ‘afford the luxury’ of taking action now to avoid negative environmental impacts on future generations. With UBI we could all think long-term, well beyond the next payday. We could care for ourselves, others, and the wider world, as living in the Anthropocene demands.

Environmental repair could come from the simple but profound idea that we allocate half the Earth’s surface primarily for the benefit of other species. Half-Earth is less utopian than it first appears, as we have become an urban species. Mass forest restoration is already underway, with commitments across 43 countries to restore 292 million hectares of degraded land to forest, ten times the area of the UK.

But can we really escape booming production and consumption? The fate of species encountering vast new resources is exponential growth and then collapse, epitomized by the rapid expansion and eventual death of bacteria growing in a Petri dish. While rarely recognized, we humans have recently become the exception to this rule: birth rates on all continents are declining or have already stabilized. The global population will not double in size again, and will probably stop growing altogether by mid-century. This is because of more girls’ education — which is a key determinant of family size. Humans are unique in four billion years of life on Earth by being able to stabilize our own population. In this case, progressive goals and planetary stewardship go hand-in-hand.

Building on this, UBI would give people the right to choose when it comes to fulfilling their own basic needs. Rewilding Earth would do the same for other species’ needs. With carefully designed policies that push society towards a new mode of living for a new epoch, we can do what is necessary: reduce human suffering, enable people to flourish and not destroy the life-supporting infrastructure of Earth in the process.

Mark A. Maslin is Professor of Earth System Science at University College London.

Simon L. Lewis is Professor of Global Change Science at University College London and the University of Leeds.