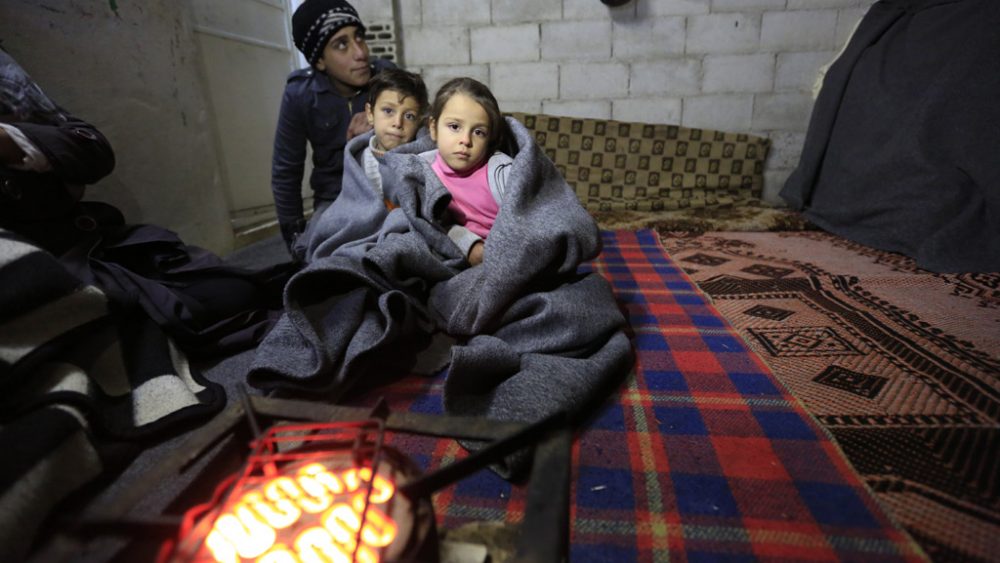 With millions of desperate people across Syria now facing their seventh winter of war, the United Nations warned on Tuesday that intensified military operations in the country’s north are forcing families to flee, in the cold, to areas without enough resources to support them.

“While some parts of Syria are witnessing a welcome reprieve from hostilities, many others face intensified military operations and conflict,” UN Spokesman Stéphane Dujarric told the regular briefing in New York, noting that more than 13 million people in the country need basic aid and protection.

“The UN is deeply concerned for the safety and protection of tens of thousands of people in southern Idleb and rural Hama in northeastern Syria, where ongoing hostilities have reportedly caused hundreds of deaths and injuries of civilians,” he added.

Since the first of December, fighting has displaced tens of thousands of civilians – already in dire circumstances.

“With the onset of winter, safe shelter is among the biggest concerns, as many families are fleeing into areas that are already at full capacity or into communities with depleted resources,” Mr. Dujarric underscored.

He also expressed alarm by the increasing hostilities in East Ghouta that continue to put civilians in the line of fire, resulting in civilian deaths and injuries and damaging infrastructure.

“We received alarming reports that the only emergency medical centre in Modira in besieged area of East Ghouta was damaged by an airstrike, rendering it inoperable,” he said.

Mr. Dujurrac also announced that Under-Secretary-General for Humanitarian Affairs Mark Lowcock will visit Syria from 9 to 12 January. The UN aid chief is expected to meet Government representatives and see first-hand the impact of the conflict on civilians.

“He will assess the humanitarian response and discuss how to improve access and delivery with key interlocutors,” the spokesperson elaborated, adding that it will be Mr. Lowcock’s first mission to Syria as Emergency Relief Coordinator.