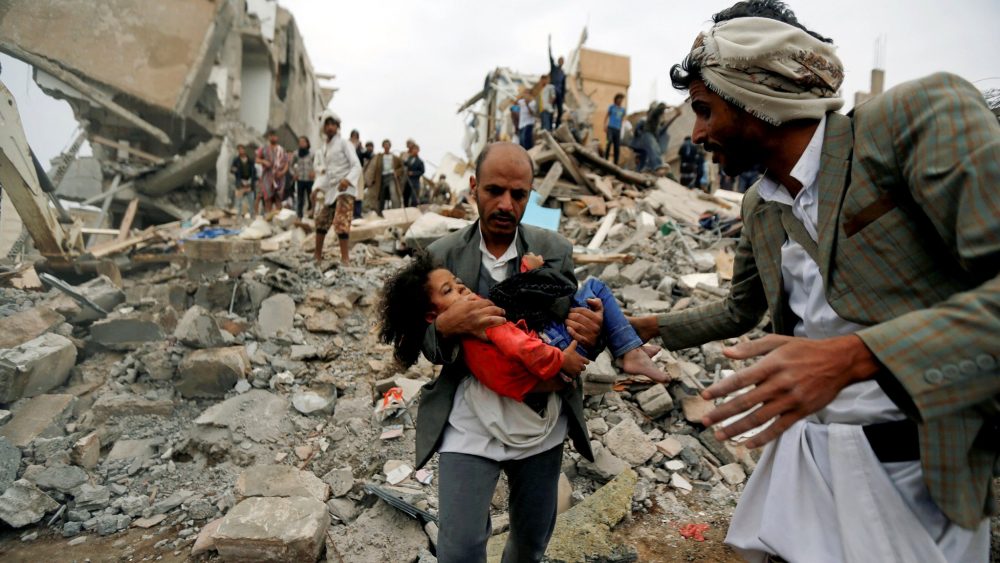 Despite progress over the past month in opening Yemen’s Red Sea ports to commercial and aid shipments, the United Nations relief chief on Friday approved the largest-ever emergency relief allocation – $50 million – amid concerns that the humanitarian catastrophe in the war-raved country is being made worse by the recent increase in fighting and airstrikes.

“These funds will help to save lives,” declared UN Emergency Relief Coordinator Mark Lowcock as he announced that the funding would rapidly bolster the response for some 22 million people in Yemen who need humanitarian assistance, including more than eight million who are “a step away from famine.”

Mr. Lowcock also emphasized that “With 22 million people in need of humanitarian assistance in Yemen and more than eight million of them a step away from famine, I approved today the largest-ever allocation by the Central Emergency Response Fund (CERF) – $50 million – to rapidly bolster the response. These funds will help to save lives, but to roll back the unfolding catastrophe, three things need to happen:

First, there must be reduction both in fighting on the ground and airstrikes, which have greatly intensified in recent weeks. Armed conflict is directly killing and injuring people on a large scale; and indirectly killing many others. Critical infrastructure is being destroyed. Bureaucratic impediments and extreme danger hamper humanitarians’ ability to reach people in need, including those at risk of starvation, cholera or diphtheria, a growing outbreak that is now present in most of Yemen’s governorates. As long as fighting continues, the parties to the conflict must comply with their obligations under international humanitarian law to protect civilians and civilian infrastructure, including health facilities and schools. All sides are required to facilitate the work of humanitarian partners.

Second, we need all ports to remain open without interruption. Yemen imports about 90 per cent of its staple food and nearly all of its fuel and medicine. The steady flow of these imports is a lifeline for millions of people. Moving forward, we need sustained and higher levels of imports of food, fuel and medicines, especially through Hudaydah and Saleef ports. Millions of vulnerable Yemenis cannot afford further restrictions on these imports.

Third, we need faster and more generous donor financing. Aid saved millions of lives in 2017. But with the recent restrictions and intensified fighting, more people are now completely reliant on aid to survive.”

“The CERF allocation today will ensure a comprehensive, integrated response across life-saving humanitarian sectors for the most vulnerable people in 27 high-priority districts at risk of famine, as well as in areas where conflict has recently escalated,” he said.

“The Yemeni people need an end to the conflict so that they can begin to rebuild their lives. For this to happen, the parties to the conflict must cease hostilities and engage meaningfully with the UN to achieve a lasting political settlement,” he concluded.