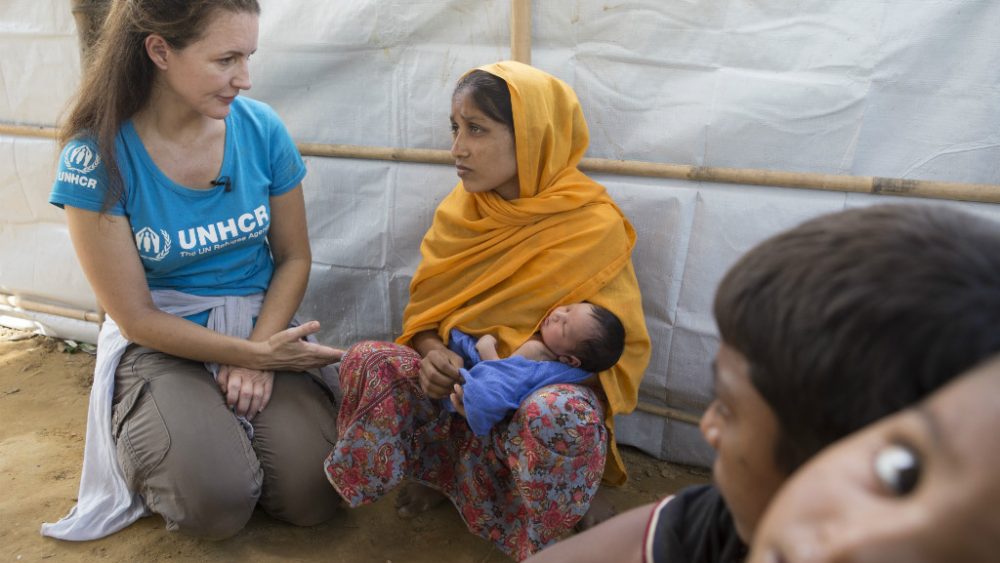 “For me, the most shocking part of the Rohingya refugee crisis is the number of children who have had to flee their homes,” Ms. Davis, Goodwill Ambassador for the Office of the UN High Commissioner for Refugees (UNHCR), said at the end of her visit to Kutupalong Refugee camp in Bangladesh.

“Over half of the refugees in the camp are children. Some of them have lost one or both parents and they are on their own,” she added.

She said that they need everything, including the very basics of shelter, water and food.

“I can’t imagine going through what these children and their families have gone through, much less having the strength, resilience and extraordinary bravery these children possess,” she said.

According to UNHCR, the Rohingya are a stateless minority in Myanmar. Since violence erupted on 25 August 2017 in Myanmar’s northern Rakhine state, more than 600,000 people have fled to Bangladesh. Children make up 54 per cent of the total population.

A recent survey of more than 170,000 families, or 740,000 individuals found that 5,677, or 3.3 per cent, of the households are headed by children; more than 4,800 households, or 2.8 per cent, include separated and unaccompanied children; and as many as 14 per cent of families are composed of single mothers holding their families together with little support in harsh camp conditions.

“This is currently the fastest growing refugee crisis in the world and seeing the impact of this emergency on children is devastating,” Ms. Davis continued.

UNHCR requires $83.7 million to respond to humanitarian needs in Bangladesh until the end of February 2018 in order to meet the acute needs of children, women and men fleeing conflict. UNHCR’s response is currently less than half funded.

“The fact is that more funding, more donations, will save lives. Governments, the public, private sector, businesses, we all need to do what we can to help and donate now to support the Rohingya refugees,” Mr. Davis added.