United Nations Association of Iran / News / UN scaling up assistance as number of Rohingya refugees grows to over 400,000
Sep 20 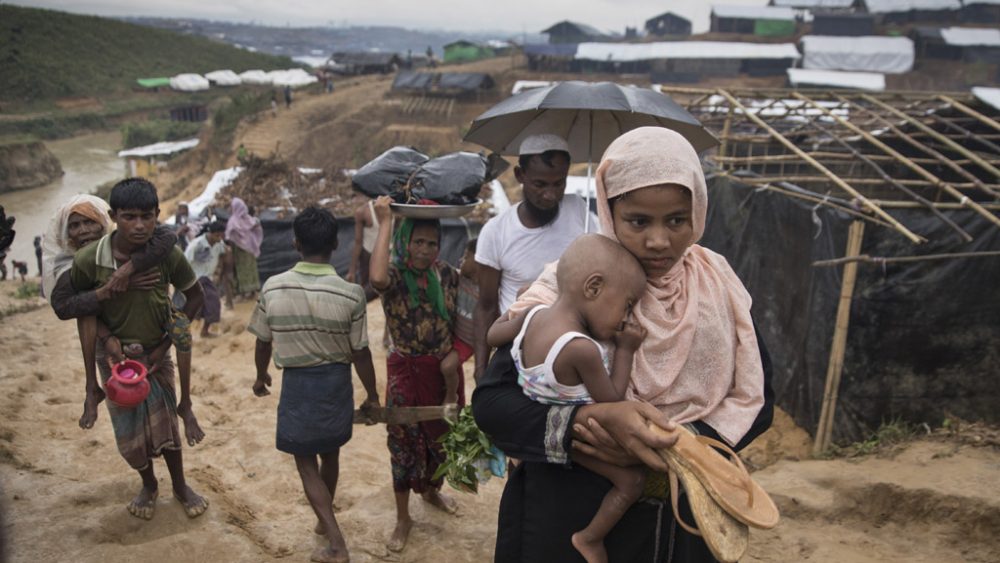 UN scaling up assistance as number of Rohingya refugees grows to over 400,000

As the number of Rohingya who have fled to Bangladesh surpasses 400,000, United Nations agencies are scaling up their efforts to assist the displaced and Secretary-General António Guterres renewed his call on the authorities in Myanmar to take steps to address the crisis.

“We are all shocked by the dramatic escalation of sectarian tensions in Myanmar’s Rakhine state,” Mr. Guterres remarked in his address to the opening of the General Assembly’s high-level debate. “A vicious cycle of persecution, discrimination, radicalization and violent repression has led more than 400,000 desperate people to flee, putting regional stability at risk.”

He stressed that the authorities in Myanmar must end the military operations, allow unhindered humanitarian access and recognize the right of refugees to return in safety and dignity. They must also address the grievances of the Rohingya, whose status has been left unresolved for far too long, he added.

Marzuki Darusman, the Chairperson of the Independent International Fact-Finding Mission on Myanmar, told the UN Human Rights Council in Geneva that it is clear that there is “a grave humanitarian crisis” underway that requires urgent attention.

In addition to the over 400,000 people who have sought refuge in Bangladesh since 25 August, Mr. Darusman noted that there are reports that nearly 200 Rohingya villages in the affected area have been emptied.

“It is important for us to see with our own eyes the sites of these alleged violations and abuses and to speak directly with the affected people and with the authorities,” he stated, noting that the Commission has requested the Government of Myanmar for unfettered access to the country.

As the number of those crossing the border into Bangladesh increases, the UN refugee agency (UNHCR) is ramping up its operations, including moving new arrivals into family tents and temporary communal shelters at a new extension site next to the Kutupalong camp near Cox’s Bazar.

Spokesperson Duniya Aslam Khan told a news conference in Geneva that refugees have told UNHCR staff that they suffered from cold and rain during their treks from Myanmar.

“Many had fallen ill, particularly small children. There is urgent need for more latrines, not least to reduce risks of a spread of disease with so many people living in close quarters. Many also complained of hunger and said they had eaten little on their journeys, which took up to 10 days on foot,” she stated.

With an estimated 415,000 refugees having arrived since late August the humanitarian challenges have become immense, according to UNHCR, which noted the “remarkable generosity” by many individual Bangladeshis, with people trucking food and clothes to the refugees in the camps and others camping along the single main road.

However, the Government needs more support, and UNHCR will be issuing an appeal this week for the emergency humanitarian response in Bangladesh till the end of year.

The agency added in a news release that poor nutrition, communicable diseases (including vaccine-preventable and water-borne diseases), injuries and other concerns such as mental health provide immense public health challenges that the Bangladeshi Ministry of Health, WHO and other health partners are working to address.

Also, the Secretary-General’s Special Representative on Sexual Violence in Conflict, Pramila Patten, said her office has been closely monitoring reports of sexual violence committed during the insurgency operations. She is particularly concerned about the security of women and girls who constitute the majority of those crossing the border.

“More than half of the Rohingya women interviewed in early 2017 in a refugee camp in Bangladesh reported experiencing rape or other forms of sexual violence, but due to the acute social stigma, such cases are significantly under-reported,” said a statement issued by the Special Representative.

Interviews with victims and witnesses indicate “disturbing patterns” of rape, gang rape and other forms of sexual violence, such as invasive body searches. “Survivors have described sexual violence being used as a calculated tool of terror to force targeted populations to flee. They describe the perpetrators as mainly members of the military, with the police and Rakhine villagers also identified, in some cases,” added the statement.