United Nations Association of Iran / News / Children’s access to safe water and sanitation is a right, not a privilege – UNICEF
Aug 30 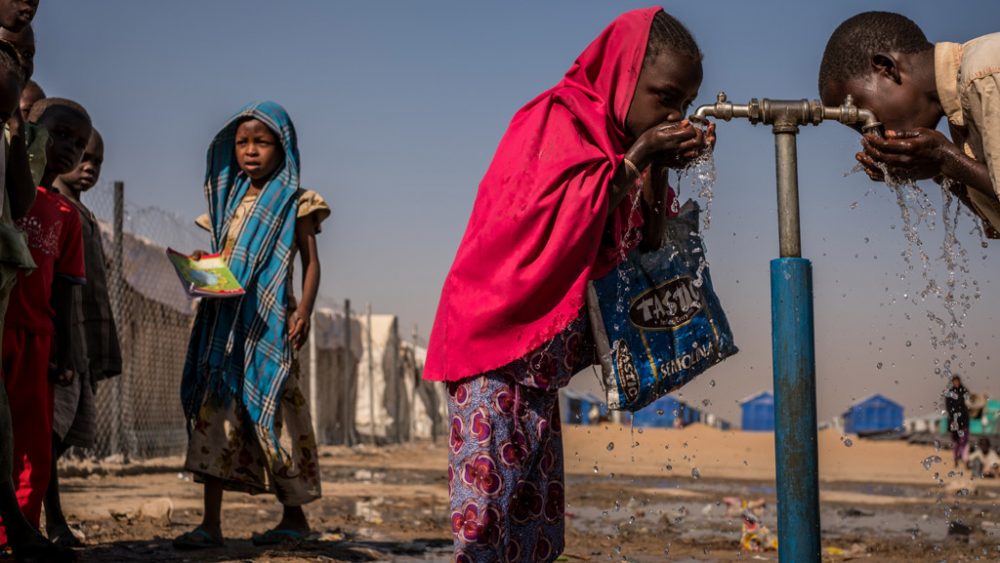 Children’s access to safe water and sanitation is a right, not a privilege – UNICEF

In countries beset by violence, displacement, conflict and instability, children’s most basic means of survival – water – must be a priority, the United Nations Children’s Fund (UNICEF) said, warning that children living in fragile situations are four times more likely to lack access to drinking water.

“Children’s access to safe water and sanitation, especially in conflicts and emergencies, is a right, not a privilege” said Sanjay Wijesekera, UNICEF’s global chief of water, sanitation and hygiene, who warned, as World Water Week gets underway, that more than 180 million people in crisis-torn countries have no access to drinking water.

UNICEF said that in Yemen, a country reeling from the impact of over two years of conflict, water supply networks that serve the country’s largest cities are at imminent risk of collapse due to war-inflicted damage and disrepair. Around 15 million people in the country have been cut off from regular access to water and sanitation.

As for Syria, where the conflict is well into its seventh year, around 15 million people are in need of safe water, including an estimated 6.4 million children. Water has frequently been used as a weapon of war: In 2016 alone, there were at least 30 deliberate water cuts – including in Aleppo, Damascus, Hama, Raqqa and Dara, with pumps destroyed and water sources contaminated.

In conflict-affected areas in northeast Nigeria, 75 per cent of water and sanitation infrastructure has been damaged or destroyed, leaving 3.6 million people without even basic water services. The UN agency adds that in South Sudan, where fighting has raged for over three years, almost half the water points across the country have been damaged or completely destroyed.

“In far too many cases, water and sanitation systems have been attacked, damaged or left in disrepair to the point of collapse. When children have no safe water to drink, and when health systems are left in ruins, malnutrition and potentially fatal diseases like cholera will inevitably follow,” said Mr. Wijesekera.

In Yemen, for example, children make up more than 53 per cent of the over half a million cases of suspected cholera and acute watery diarrhea reported so far. Somalia is suffering from the largest outbreak of cholera in the last five years, with nearly 77,000 cases of suspected cholera/acute watery diarrhea. And in South Sudan, the cholera outbreak is the most severe the country has ever experienced, with more than 19,000 cases since June 2016, said UNICEF.

In famine-threatened north-east Nigeria, Somalia, South Sudan and Yemen, nearly 30 million people, including 14.6 million children, are in urgent need of safe water. More than five million children are estimated to be malnourished this year, with 1.4 million severely so.