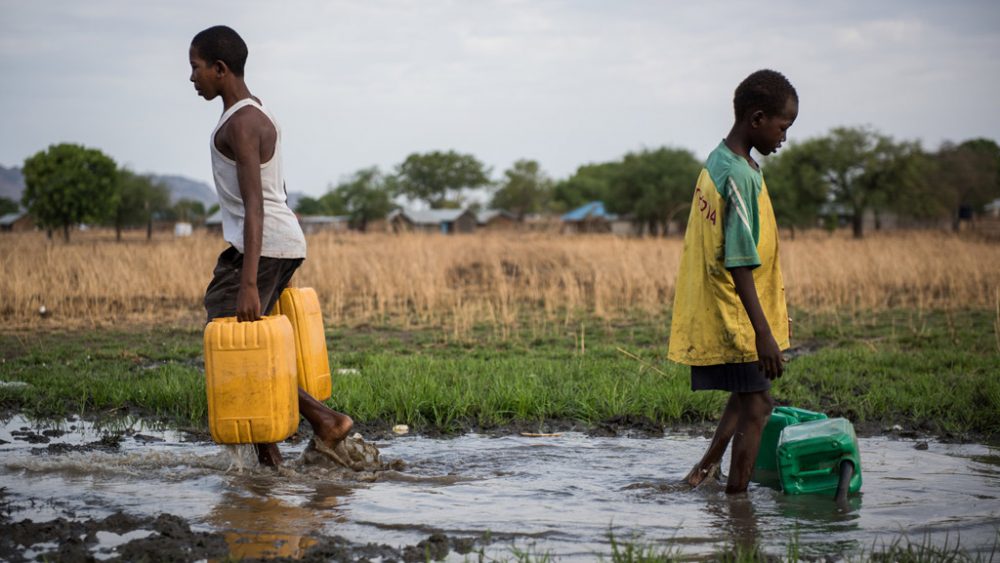 Encouraging global action to support clean water and sanitation, United Nations General Assembly President Peter Thomson underscored that when it comes to the environment, everything is connected.

“None should imagine that the state of sanitation and coral reefs are anything but directly connected,” Mr. Thomson said, delivering the keynote address at special event in Stockholm to start World Water Week. “It makes no sense to consider terrestrial environmental issues, fresh water challenges or climate change in isolation.”

He urged the international community to take an “inclusive, integrated approach,” and put to use all skills, idea and energies.

Water and sanitation are among the 17 Sustainable Development Goals (SDGs) which were adopted by the 193 Members of the UN in September 2015, and which are guiding the work of the development efforts of the international community through 2030.

Combined with the Paris Agreement on lowering the impact of climate change, the SDGs represent “the best chance our species has to achieve a sustainable way of life on Planet Earth before it is too late,” Mr. Thomson said.

He commended World Water Week for bringing together more than 3,000 participants from nearly the entire world. The 2017 edition of the week will address the theme ‘Water and waste: reduce and reuse.”

Experts, practitioners, decision-makers, business innovators and young professionals from a range of sectors and countries come to Stockholm to network, exchange ideas, foster new thinking and develop solutions to the most pressing water-related challenges of today.

In his address, Mr. Thomson noted The Ocean Conference, which, held in New York in June, was meant to raise attention and start working on stopping marine pollution – mainly plastics – ocean acidification, ocean warming, overfishing, damage to biodiversity and ecosystems, and strengthen governance on these issues.

The Conference resulted in a political declaration, partnerships dialogues and nearly 1,400 voluntary commitments to help overcome these issues.

“North and south east and west, the ocean unites us and we have to bring humanity back into a relationship of balance and respect with the water: that great reservoir of H20 which is of course shared by clouds into the rivers and lakes that give us the fresh water that we drink,” Mr. Thomson said.

He said The Ocean Conference gave a boost to a global movement to deliver on SDG14, or the so called Ocean Goal, and similarly, it is time to push for world action on SDG 6, related to water and sanitation.

“SDG6, the water and sanitation Goal, is in need of a major push. The time is right, thus I encourage you all to join together to develop concerted global action to deliver on the targets of [that Goal],” Mr. Thomson said.