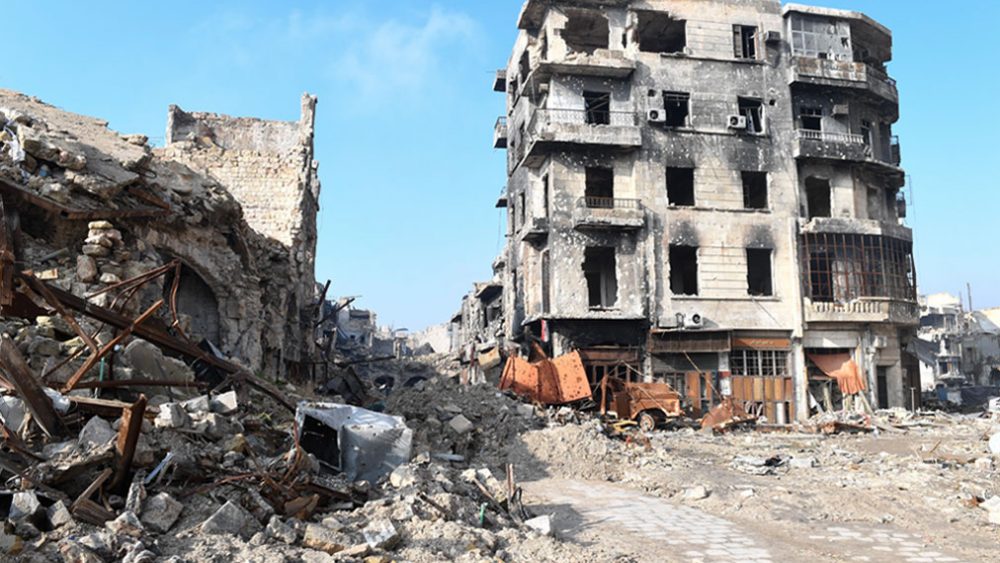 A number of “disillusioned and disappointed” foreign terrorist fighters left Syria and returned to their countries of origin when they found these groups hardly make good on their promises, except promise of death and destruction, according to a report issued by the United Nations Office of Counter-Terrorism (UNOCT).

The report, released Thursday, is the product of direct interviews with 43 fighters from 12 nationalities in seven countries.

The authors believe that despite some shortcomings – such as the small sample size – the survey remains a useful tool for Member States that wish to get to grips with the phenomenon of foreign terrorist fighters, develop their capacities to deal with it, and design more effective policies and programmes to stem the flow and facilitate the effective reintegration of returnees.

This study calls for action at the national, regional, and international level based on a comprehensive and balanced approach that puts more emphasis on prevention than has been common until now.

Warning against sweeping generalizations as there is no single profile for foreign terrorist fighters, the report’s findings confirm the results of other similar studies, while other findings suggest that different samples will draw different conclusions.

The report did find that while foreign fighters are most likely to be male, young and disadvantaged economically, educationally, and in terms of the labour market, evidence suggests that the flow of women, especially from Western countries has increased since early 2016, while the flow of men has declined.

Most of those interviewed in this survey are neither well educated nor well off economically. This perhaps contradicts other findings in the literature, which often conclude that foreign terrorist fighters are both better educated and better off economically than their peers.

About half of the interviewees in this sample were already married by the time they went to Syria, with or without children of their own, and a significant percentage come from large families, often where there was a history of domestic violence, single parenthood or other family problems.

Most of them also come from communities in poor urban areas or on the periphery of cities that are somewhat removed from the main centres of commercial activity. In these areas, youth share similarly low educational levels, poor job prospects, little hope for change, and limited opportunity for social or economic mobility.

Bad governance, especially disregard for the rule of law, discriminatory social policies, political exclusion of certain communities, inadequate courts, corruption, particularly in the distribution of state benefits, harassment by the security authorities, and confiscation of passports or other identity documents, all contribute to feelings of despair, resentment, and animosity towards the government and provide fertile ground for the terrorist recruiter, especially when the vision of a new life is presented as almost effortlessly attainable.

In addition to these “push” factors, there are also “pull” factors, most notably the empathy felt by would-be foreign terrorist fighters towards a perceived in-group suffering from violence and aggression in a conflict zone.

Such suffering resonates well with the personal experience of some marginalized and disadvantaged youth.

The report says that the armed groups in Syria ultimately provide no positive outcomes to the youth they recruit. They hardly deliver on any of their promises, except the promise of death and destruction, both for its recruits and for the Muslim communities it claims to defend.

“It is this failure to deliver, coupled with its extreme, violent ideology and brutal tactics, its in-fighting and the corruption of some of its leaders, that, according to this survey, most often gives rise to the disappointment and sense of disenfranchisement and exclusion that leads foreign terrorist fighters to defect,” the report says.

While social networks play a key role in motivating individuals to go to Syria, their influence on the decision to return is less evident. Instead, it is the family network, particularly mothers, that exert the most influential pressure on foreign terrorist fighters to return home, though only once their disillusionment and disappointment has begun to kick in.

While the risk presented by returning foreign terrorist fighters is a real one, it should not be exaggerated. A practical, effective and proportionate response should start from a sound understanding of the root causes of the problem, the report says.