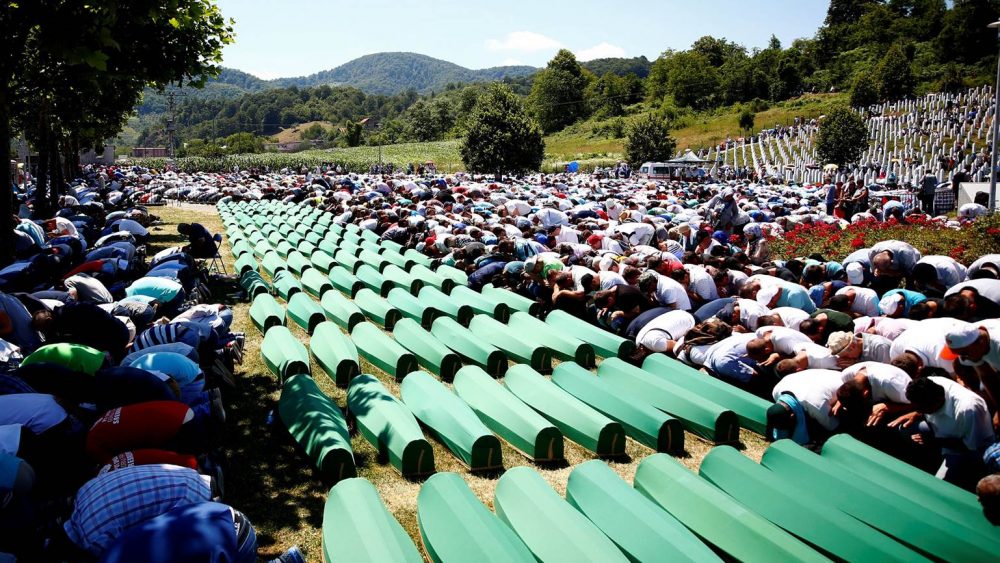 Ahead of the twenty-second anniversary of the Srebrenica massacre – the largest atrocity on European soil since World War II – United Nations Secretary-General António Guterres urged all to “look honestly” at the past, acknowledge the crimes and the inaction that allowed them to occur and ensure that such atrocities are never repeated.

“The international community, and in particular the UN, has accepted its share of responsibility with respect to the tragedy at Srebrenica and has worked hard to learn from the lessons of its failures,” said Mr. Guterres in a statement.

“The difficult task of building trust to allow for full reconciliation in Bosnia and Herzegovina lies with the people of the country’s various communities. To build a better and common future, the tragedies of the past must be recognized by those communities,” he added, reaffirming UN’s support non-repetition and reconciliation efforts.

Both the ICTY and the International Court of Justice have concluded that the acts committed at Srebrenica constituted genocide. The ICTY has determined the criminal responsibility of different individuals for the Srebrenica massacre and has convicted them of genocide.

“The terrible events […] are historical facts and have been documented extensively,” said Mr. Guterres, speaking of the killing of 8,000 boys and men by Bosnian Serb forces when they overran Srebrenica in July 1995.

“On this day, we remember and honor the thousands of men and boys who were slaughtered, and express our solidarity with the families and friends of those whose lives were taken,” he added.