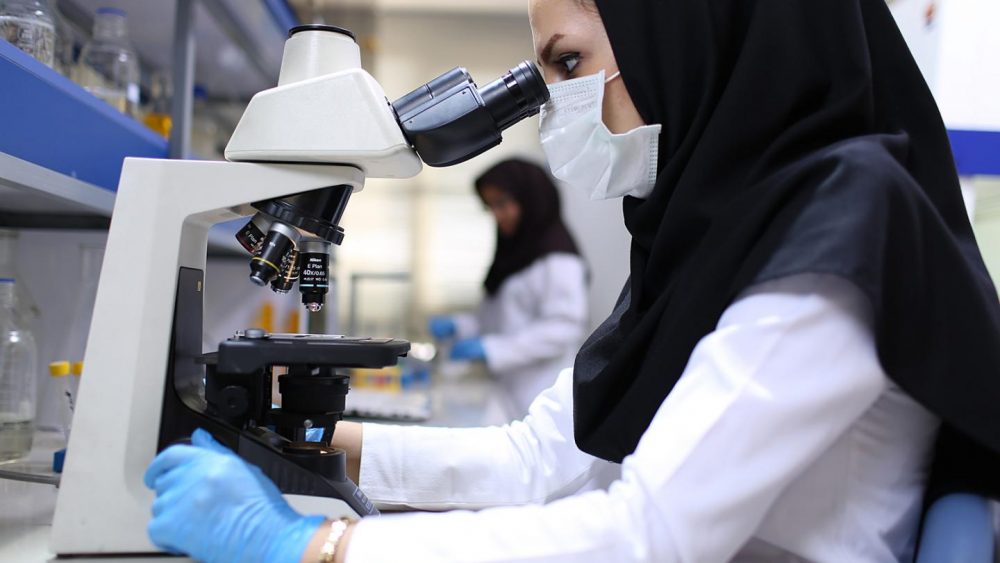 Since the 1960s, the Islamic Republic of Iran’s urban population has tripled and life expectancies have risen. This, however, has increased people’s exposure to tobacco, unhealthy diets, and physical inactivity – among the main risk factors for noncommunicable diseases (NCDs), primarily cardiovascular and lung diseases, cancer and diabetes.

Thankfully, advances led by the very highest levels of government, and backed by WHO, to reduce the devastating impacts of NCDs are progressing rapidly, supported by strong governance and collaboration across all sectors of society.

Kolsoom, from the Kerman province city of Shahr-e-Babak , is among the many beneficiaries. “I was recently diagnosed as a diabetic,” she says. “I am unhappy about this, but at least I know so I can manage my condition and prevent its consequences.”

Like many Iranians, Kolsoom was diagnosed with a NCD after the implementation in 2016 of IraPEN – the Islamic Republic of Iran’s adaptation of WHO’s Package of essential NCD (PEN) interventions for primary health care.

IraPEN is part of the national health transformation plan, launched in 2014 by the Ministry of Health and Medical Education, to provide universal health coverage, including access to NCD prevention and care, and mental health services.

Health workers show Iranians, like Kolsoom, how to deal with their conditions, provide access to affordable medicines, and guidance on practicing healthy habits, like regular exercise and healthy diet to control her blood sugar.

IraPEN has been successfully piloted in Iran’s four main districts and its nationwide scale-up has begun in at least one district per province.

Across Iran, and thanks to the health transformation plan, the 11 key essential medicines for treating NCDs are available in the public health system. Their import prices have also fallen (a relative reduction of 26.5%). Almost all Iranians (over 96%) are covered by health insurance, including 10 million people from marginalised areas.

Joining the dots to beat NCDs

Cross-sectoral collaboration is central to WHO’s integrated support to fast-track progress in several countries to achieve global NCD targets. These include reducing premature death from NCDs by 25% by 2025, and by one-third by 2030 in line with the United Nations Agenda for Sustainable Development. Iran has scaled up its political commitment to the highest level to tackle NCDs. The Supreme Council of Health and Food Security, led by Iranian President Hassan Rouhani, facilitates multisectoral collaboration across government, taking a “health in all” approach that considers health as integral to all policies, from agriculture and trade to urban planning.

In addition, the Ministry of Health and Medical Education has established a national NCD committee to coordinate its national NCD action plan. Health authorities have signed agreements with multiple ministries and organizations, like sport and education, to collaborate on beating NCDs, from promoting healthier lifestyles to producing healthier food.

“Physical activity should be enhanced in workplaces and in schools,” says President Rouhani. “People should be trained and encouraged to have a healthy diet and be sufficiently physically active. Intake of salt, sugar and fatty acid should be reduced. All sections of our society, individuals, government, NGOs, charities, have a shared responsibility for health and should collaborate with each other.”

The case for change

Such action is crucial in Iran, where NCDs account for over three-quarters of all deaths. In the past 20 years, NCD deaths have risen by 14.5%. An adult Iranian’s probability of dying prematurely (between 30 and 70 years) from one of the four main NCDs is now 17%.

Responding to the NCDs epidemic in all countries is feasible. But high-level commitment is essential. And in Iran, the country’s leadership is demonstrating such support.

“Iran is unique in harnessing its system and context to make it work for NCDs,” says Dr Asmus Hammerich, from WHO’s Eastern Mediterranean Regional Office’s Department of NCDs. “They have lots of engagement from all areas, including the political and economic sectors.”

Achieving outcomes on NCDs is feasible

In line with its sixth National Development Plan, Iran recently announced a €450 million (US$ 480 million) increase in its NCDs budget per year over the next five years, demonstrating action on NCDs is critical for its future.

Since 2016, Iran has introduced a “traffic light” food labelling scheme; salt, sugar, and fat regulation; and restrictions on imports of palm oil or food containing it.

Subsequently, salt in fresh cheese has halved, from 4% to 2%. Levels of trans-fatty acids in cooking oils used at home, and by food industries, have been cut to below 2% and 5% as part of a push to reduce fats in Iranian diets by 10%. Sugar in flavoured, carbonated or fruit drinks has fallen below 10%. A health promotion campaign combatting obesity educates people on the benefits of healthy diets and physical activity.

“The Islamic Republic of Iran is showing it is feasible for countries, and the world, to respond to the NCDs epidemic,” says Dr Oleg Chestnov, WHO’s assistant director-general for NCDs and mental health. “Through political commitment and all-of-government action, progress is being made to improve the health of Iranians, by protecting them from NCDs and providing needed care.”