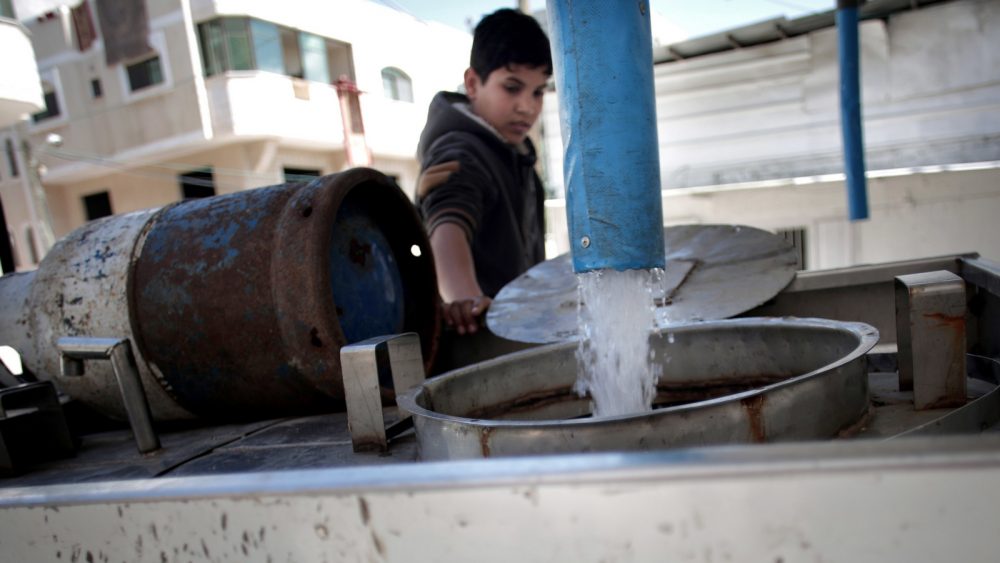 United Nations relief agencies and their partners in the occupied Palestinian territory are calling on the international community to provide $25 million in new funding to stabilize the deteriorating humanitarian situation in the Gaza Strip, including the effects of deep power cuts and lack of fuel for generators for hospitals.

“The situation in Gaza has become increasingly precarious over recent months. No one is untouched by the energy crisis,” said Robert Piper, the UN Humanitarian Coordinator for the occupied Palestinian territory, in a press release.

“The coping capacities of Gaza’s families to deal with these types of shocks are seriously depleted as the cumulative impact of 10 years of isolation, division and insecurity take their toll,” he added.

In a document presented to diplomats of donor countries in Jerusalem, the UN Relief and Works Agency for Palestine Refugees in the Near East (UNRWA), the UN Office for the Coordination of Humanitarian Affairs (OCHA), the World Food Programme (WFP) and other entities identified priority, life-saving interventions in the health, water, sanitation and hygiene, and food security sectors.

Included in the package are chemicals for water treatment and spare parts for generators that have increasingly become the primary energy source instead of the back-up for key facilities.

The package also targets shortages in medical supplies and aims to provide assistance to an estimated 100,000 food-insecure families and vulnerable farmers whose livelihoods are under threat.

Responding to the heightened risk of diarrhoeal disease outbreaks, 8,500 hygiene kits will also be distributed for the most vulnerable households, funds permitting.

Despite the arrival of some fuel purchased in the Egyptian market over recent days, Gaza’s electricity crisis is far from over, according to the press release. Electricity supply over recent days has ranged from four to six hours per day. Fuel is also needed for generators for water treatment plants, sewerage pumps and other key facilities.