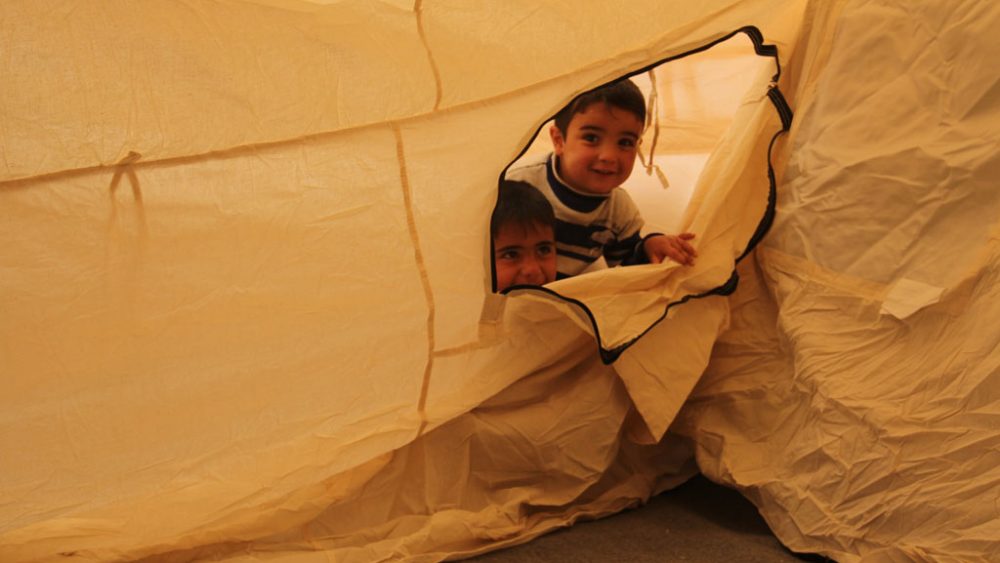 Rebuilding lives and neighborhoods after conflict

The fall of Mosul to the Islamic State of Iraq and the Levant (ISIL) in 2014 and the group’s quick advance across nearly one third of the country plunged Iraq into a deep political, social and security crisis. Almost 5 million Iraqis have fled their homes to safer areas in the country.

Significant progress has been made to liberate towns and cities from ISIL, including the major cities of Ramadi and Fallujah in Anbar and large parts of Mosul in Ninewah. As of June 2017, more than 1.8 million people have returned to their homes in liberated areas.

Iraqis who have returned have found their homes and neighborhoods in ruins. Collapsed roofs, smashed windows, and broken doors are common. Household goods were looted or destroyed, fixtures and fittings damaged, and walls punctuated with bullet holes. The damage is not only a practical problem and safety hazard; for many Iraqis, the damage is a very tangible reminder of their immense suffering over the past years and makes it difficult to have hope in the future of a post-ISIL Iraq.

UNDP’s Funding Facility for Stabilization (FFS) supports the Government of Iraq to rehabilitate public infrastructure and facilitate returns as quickly as possible. The broader goal is to help give Iraqis a sense of forward momentum and confidence in the leading role of the Government. FFS is operational in 28 towns and cities across Iraq. To date, more than 1,100 projects valued at over US$600 million are completed or under implementation in a range of sectors, including water, electricity, sewage, education, and health.

At the request of the Government of Iraq, FFS is repairing damaged houses in the cities of Ramadi and Fallujah. The aim is to help ‘neighborhoods rebuild themselves’ by rehabilitating damaged houses using neighborhood labour and ensuring that people are at the centre of decision-making processes. The focus is on the most vulnerable households, including female-headed households, widows, disabled people and the poor.

The approach is modelled on community-based housing repair programmes implemented in other post-conflict countries. UNDP uses satellite image analysis to identify neighborhoods with extensive housing damage. Field teams led by the Municipal Council and Mayor visit each neighborhood and meet with local leaders and community groups to explain the process. Every house is visited and mapped. Then, a bill of quantity (BoQ) for construction works is developed for the neighborhood and private contractors are hired through competitive bidding. Local leaders, municipality staff and FFS field teams monitor and verify the construction work being done against the original bill of quantity, and ensure that local labour from the neighborhood is being utilized.

After a successful pilot phase, the project has been approved by the FFS Steering Committee to immediately scale-up to cover all damaged houses in Ramadi and Fallujah, and to implement later in Mosul when conditions allow. Ramadi and Fallujah will take 18 months and will reach at least 30,000 houses at a cost of $70 million.

Lessons learned so far demonstrate that not only does the approach improve living conditions, but it also builds social cohesion at the neighborhood level and improves the reach and legitimacy of the government. When a wide range of people – including women and girls – are part of stabilization efforts, this generates a sense of inclusion and hope in the future, which lays the foundations for longer term reconciliation and development interventions. A people-led process makes progress faster and enables delivery at scale, crucial for effective stabilization in cities that have suffered such enormous damage.