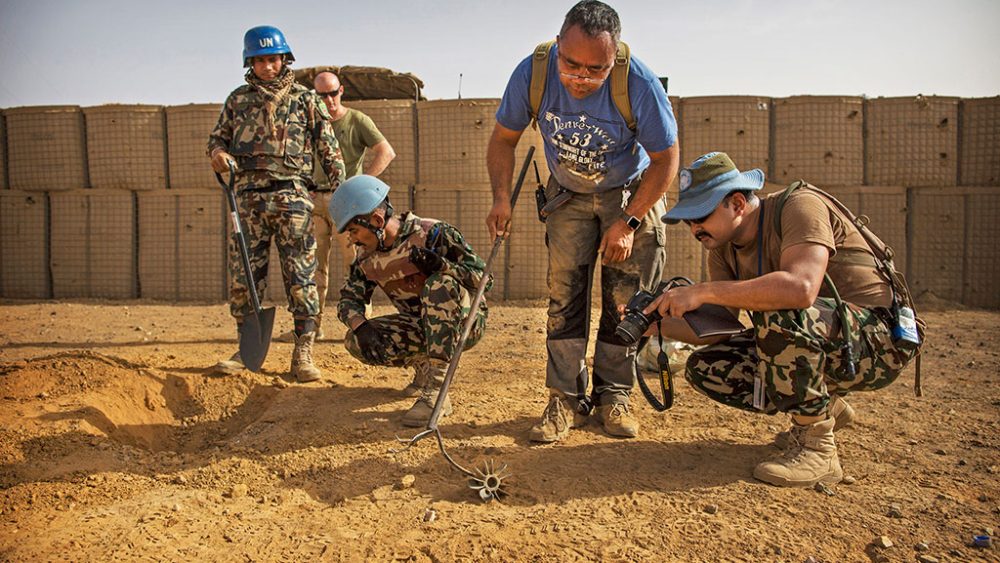 The United Nations Security Council yesterday adopted its first-ever resolution on mine action, noting the serious and lasting threat posed by landmines, explosive remnants of war and improvised explosive devices, while also recognizing the positive contribution of mine action to sustaining peace and stability.

Resolution 2365 “calls on all parties to armed conflicts to end immediately and definitively any indiscriminate use of explosive devices in violation of international humanitarian law.”

The 15-member body unanimously adopted the resolution, noting the danger that they pose to civilians, including children, as well as refugees returning home, peacekeepers, aid workers, law enforcement, and other personnel.

Given the positive contribution of mine action to efforts to sustain peace and stability, the new resolution stressed “the importance of considering mine action during the earliest stages of planning and programming in peacekeeping operations and special political missions,” as well as in humanitarian responses.

The Council encouraged the international community to provide assistance for the care, rehabilitation, and economic and social reintegration of victims and persons with disabilities maimed by mines.

In addition, the Secretary-General has been requested to provide information on threats posed by landmines, explosive remnants of war and improvised explosive devices, and efforts to mitigate these threats, when reporting on peace operations and humanitarian responses.

The adoption comes just two weeks after the Council held a debate on mine action and mitigating the risks associated with mines.