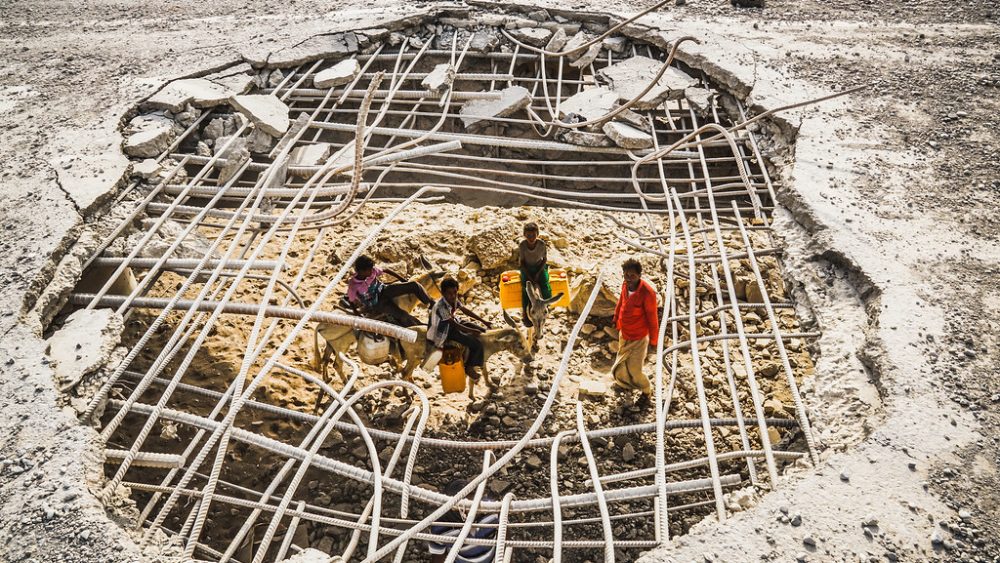 Warning of the disastrous impact of an imminent attack on a western city and port and Yemen, the United Nations migration agency has called on all actors to use dialogue and talks rather than military force, which will put more civilians in danger.

According to the UN International Organization for Migration (IOM), there are grave fears that humanitarian capacity would be overwhelmed once Al Hudaydah port and city are attacked and relief agencies could be forced into a situation to prioritize their efforts in the war-torn country “where every single person should be a priority.”

“A minimum of 400,000 people will flee the city eastwards, once Al Hudaydah is under attack [adding to] the already desperate situation of more than two million displaced people and their conflict-affected host communities,” said Mohammed Abdiker, the Director of Operations and Emergencies at IOM, in a news release.

In addition to that number, the attack will also severely hamper the UN agency’s efforts to evacuate vulnerable migrants through Al Hudaydah Port.

Even without the attack, emergency response in Yemen has been facing immense challenges relating to access, financial resources and the sheer scale of humanitarian need – nearly 19 million people require assistance, more than half of them depend on it for their lives.

The conflict, now into its third year, has pushed the country to the brink of famine with more than eight million facing acute shortages of clean water and sanitation. Healthcare system has virtually collapsed over half of the health facilities not functioning.

Underscoring that humanitarian action, by itself, can never bring peace, IOM has been advocating that violence will only deepen the suffering of Yemeni people.

“If all parties to the conflict do not come around the negotiation table to prevent further military escalation and end violence, humanitarian workers will not be able to continue to respond to increased needs, while helping those already greatly affected by the conflict,” noted Mr. Abdiker.

The news release also noted the worsening humanitarian situation across the country, coupled with the unending ground fighting and air strikes, are causing major issues in reaching the most vulnerable people.

Expressing concern that with the scarce resources it has received so far to help the two million displaced people and hundreds of thousands of stranded migrants, IOM warned that no contingency plan will ever be able to fully respond to the scale of needs induced by escalated and even continued fighting.

At the same time, additional financial support is needed to cope with the current and projected needs.

At the recent High-Level Pledging Event on Yemen, the international community pledged $1.1 billion to support the humanitarian response. But this just over half of the $2.1 billion needed for 2017.