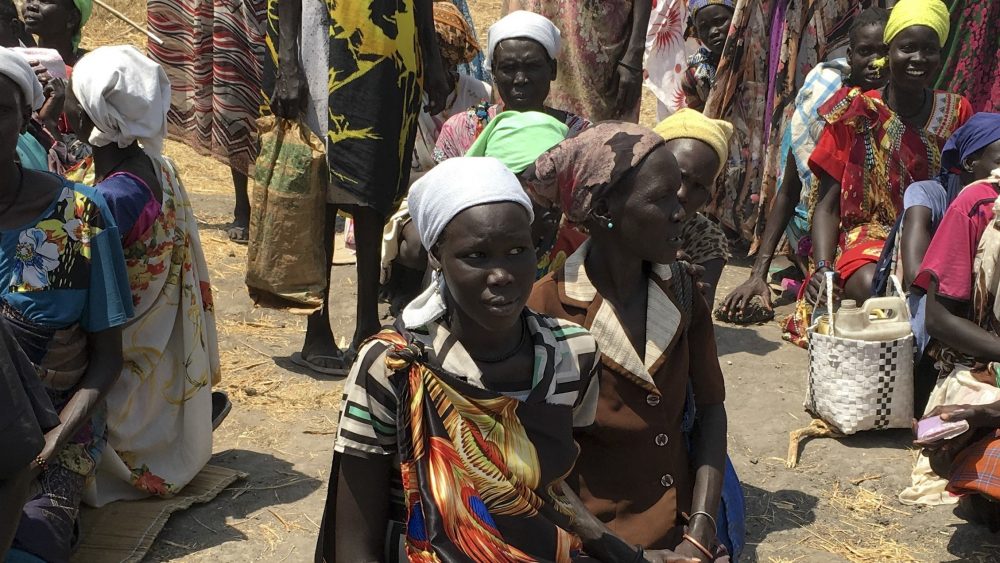 The U.N. again warned that as many as 20 million people are at risk of famine in Nigeria, Yemen, South Sudan and Somalia. Warnings in February were not enough to raise the money needed to prevent a global hunger crisis. So, new attempts are being made to convince donor countries to do more.

“Seven weeks ago, the secretary-general called on the international community to take urgent action to prevent this looming catastrophe. He urged all actors to work together to save lives, reduce underlying vulnerabilities, and build long-term resilience to future shocks,” said Reena Ghelani, on behalf of the under-secretary-general for humanitarian affairs and emergency relief coordinator, to the U.N. General Assembly. “Humanitarian partners acted early. … The humanitarian assistance being delivered on the ground is saving lives and livelihoods. But it is not enough.”

Current programs in the four affected countries reach only half of the 20 million people in need of assistance. Limited resources prevent the U.N. and aid groups from doing more. With only 21 percent of the $4.4 billion needed, it is possible programs will reach fewer people if more money is not available. The World Food Program said its effort in Yemen “hinges on immediate sufficient resources from donors,” in a release.

The problem repeats itself elsewhere. The U.N. High Commissioner for Refugees is well short of the money it needs to support people displaced from the four countries. It is “urgent that the shortfalls be addressed,” said spokesman Adrian Edwards. With less than 11 percent of the money, it needs for the four countries, the agency warned that its ability to respond is hampered.

“This warning is in light of droughts that are also affecting many neighboring countries and a funding shortfall that has become so severe that an avoidable humanitarian crisis in the region, possibly worse than that of 2011, is fast becoming an inevitability,” Edwards said in a statement.

A famine is already declared in parts of South Sudan. Families are fleeing to neighboring countries and resorting to eating seeds to survive, officials from the Norwegian Refugee Council said. One village leader told the group that nearly half of the people are eating seeds and/or leaves. The items provide little nutritional value, acting as a stomach filler to relieve hunger pangs.

South Sudan is also in the midst of an internal conflict. Fighting is a commonality among the four countries on the brink of famine. People are fleeing their homes in northern Nigeria because of Boko Haram attacks and Yemenis are cut off from access to basic services while rebel and government forces continue fighting. International action is the only solution to the historic crisis, said Oxfam head Winnie Byanyima.

“Governments must act,” she wrote in a blog post after visiting northern Nigeria. “We need an injection of aid, backed by diplomatic courage to tackle the causes of these crises. State, national and international political leadership is needed now to address the immediate crisis and bring an end to the conflict.”

Given the historic trends for humanitarian funding, the problem likely has to get worse before the money pours in. By then it may be too little too late. Recycled warnings about the 20 million people in need of aid are attempting to warn the international community of an approaching crisis.