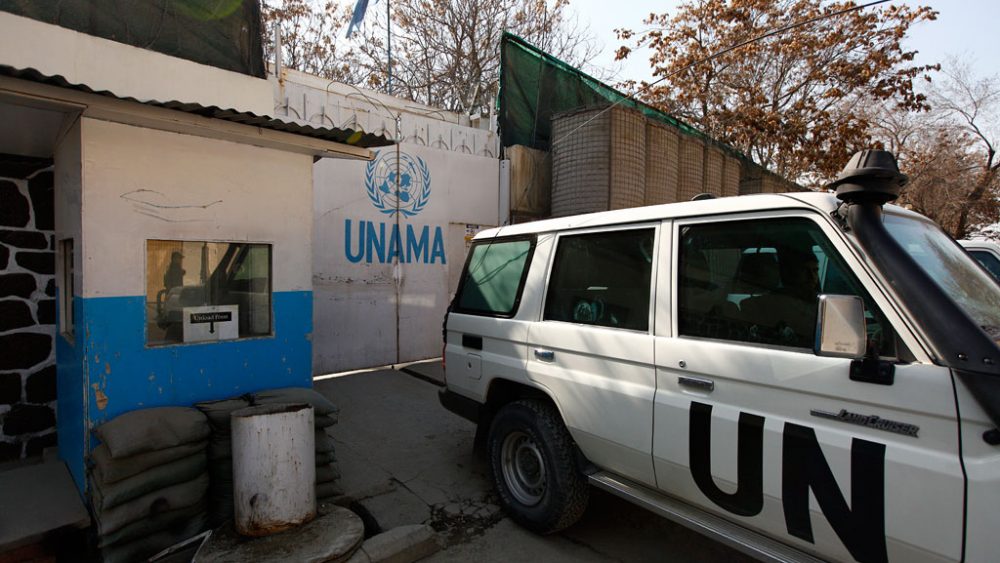 The United Nations mission in Afghanistan has condemned today’s attack at a mosque in Kabul that killed at least 32 civilians and injured more than 50 others, many of them children.

“This appalling attack on worshippers is an atrocity,” said Pernille Kardel, the Secretary-General’s Deputy Special Representative for Afghanistan, in a statement to the press.

According to the UN Assistance Mission in Afghanistan (UNAMA), a suicide attacker detonated his body-borne improvised explosive device at the Baqer-ul Ulom mosque in the nation’s capital, deliberately targeting worshippers from the country’s Shia Muslim community, which had a particularly large congregation to observe Arbaeen, a commemoration on the 40th day after Ashura.

“UNAMA expresses its revulsion at this latest effort by extremists to stoke sectarian violence in Afghanistan,” said Ms. Kardel, who is also the acting head of UNAMA. “Religious and ethnic tolerance are values the Afghan people hold strong, and I urge the Afghan authorities to do everything possible to defend Afghans of all faiths.”

No group has yet claimed responsibility for today’s incident.

It followed two similar attacks last month against Shia Muslim congregations during Ashura that claimed at least 29 civilian lives. The Islamic State of Iraq and the Levant (ISIL/Da’esh) issued an online statement claiming responsibility for one of those attacks. The same group claimed responsibility for a 23 July attack on demonstrators in Kabul that killed 85 civilians and injured more than 400 others, nearly all members of the country’s Shia Muslim community, in what was the deadliest single incident recorded by the UN in Afghanistan since 2001.

UNAMA expressed condolences to the families of the victims and wishes a speedy recovery for the injured.

Afghanistan has been in protracted conflict for some 35 years, which has seen an ever-growing number of civilians killed and poverty reduction and development efforts seriously hampered.

UNAMA is mandated to support the Afghan Government and the people of Afghanistan as a political mission that provides ‘good offices’ among other measures. ‘Good offices’ are diplomatic steps UN takes publicly and in private, drawing on its independence, impartiality and integrity, to prevent international disputes from arising, escalating or spreading.