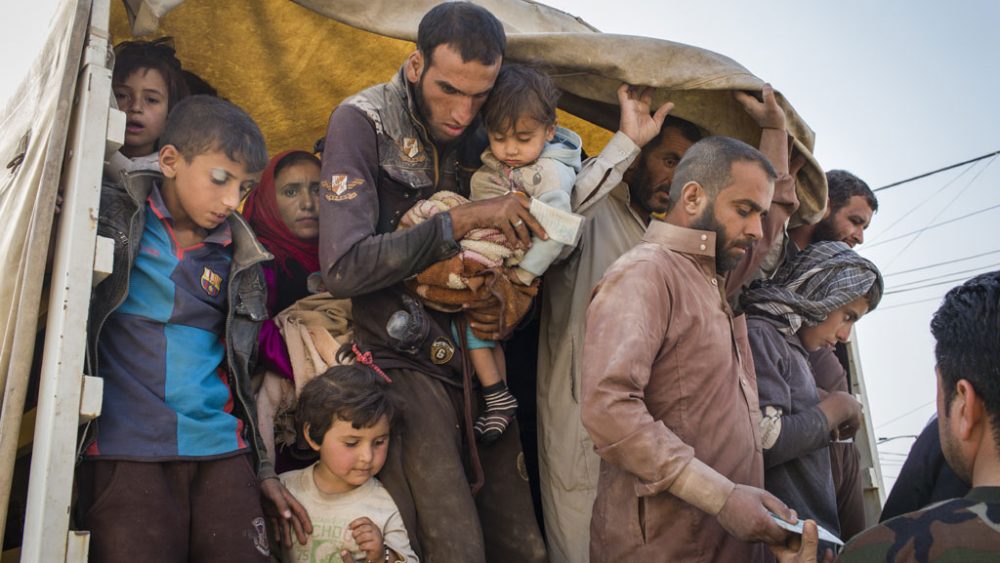 Credible reports suggest that the Islamic State of Iraq and the Levant (ISIL/Da’esh) has been forcing tens of thousands of people from their homes in sub-districts around Mosul, including nearly 8,000 families the group abducted, since the operations to restore Iraqi Government control over Mosul began on 17 October, the Office of the UN High Commissioner for Human Rights (OHCHR) said.

“ISIL fighters are allegedly killing civilians who refuse to comply with ISIL’s instructions or who previously belonged to the Iraqi Security Forces, including 232 civilians who were shot to death last Wednesday,” Ravina Shamdasani, spokesperson for the UN High Commissioner for Human Rights, told reporters in Geneva.

Forced out by gunpoint, or killed if they resist, these people are reportedly being moved to strategic places where ISIL fighters are located, she said noting that, according to information received, 60,000 persons are currently residing in Hamam al-Alil, an ISIL stronghold with a previous population of 23,000.