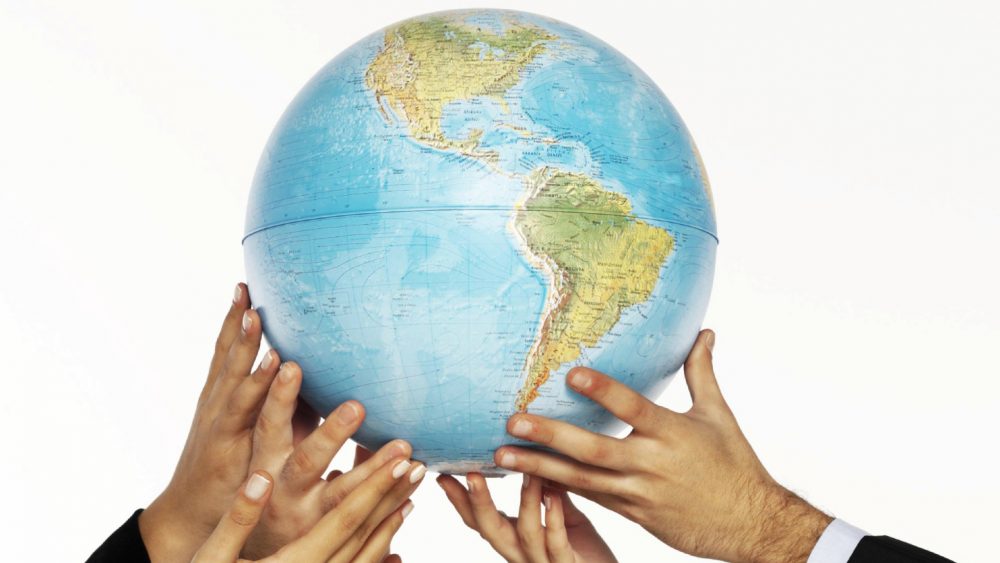 Humanitarian aid in a global system under stress

Violent extremism has become virtually a part of life in many areas of the world. Each week brings a new story about the deliberate and horrific killing of civilians, including aid workers.

In some countries, state forces increasingly carry out this killing. This violence has displaced millions of people and increased instability beyond the immediate conflict zones in which extremists operate.

Yet the threat posed by extremist violence that takes root in failed and fragile states goes even beyond mass human suffering and reversals in economic and social development. What is at stake is nothing less than an ever more open and integrated world, with the economic, social and political benefits and liberal aspirations that holds. Large-scale migration into Europe and its political effects is but one example of the destabilizing impacts of extremist violence in an integrated world.

With a more closed and repressive international system comes an entirely new level of potential risk to the values that have enabled a historically unprecedented era of economic and social development.

The result is a riskier and more dangerous world for humanitarian aid and development groups. Doing our jobs become more difficult and the costs to all stakeholders become increasingly burdensome.

At the same time, there are certain positive trends within the global humanitarian sector. These trends, described below, are still tentative and often resisted. But they are also proving effective.

More donors and aid and development groups are now acting on the fact that local communities expect to exercise more control over the development process. Women’s leadership is central to this significant and necessary reorientation of attitudes and actions. Effectively assisting community-driven initiatives argues for long-term commitments to particular areas. Immediate change does happen. But as many examples make clear, large and quick infusions of outside funds and personnel can undermine sustainable development and independence. Only a long-term commitment rooted in an understanding of and respect for community values and relationships can help catalyze long-term positive change.

When communities do take the lead, it forces a rethinking of and changes to the entire global-local aid relationship. This is especially true when women are in leadership roles. Female leaders in particular don’t simply fit into an existing structure in which their opportunities and roles are deliberately restricted. By definition, their actions change structures and, with them, expectations of who can and should do what.

The resulting fundamental change among relationships within a community leads to a reordering of the relationship between a community and its global partners. The larger and wealthier partner is challenged by the smaller group it is assisting to undergo its own social development. In a very real sense, there is a role reversal. The local partner helps the global one rethink and reconfigure own structures and relationships.

This can be difficult. But it is necessary if global humanitarian groups are to remain relevant in a world in which globalization and “distant elites” are questioned like never before.

New development approaches and practices are necessary and even overdue. Long-held global norms are under challenge like never before. Even more, numerous hazards and vulnerabilities confront humanitarians often ill equipped to address them.

While the application of sophisticated electronic technology is part of this innovation, it is essential that aid groups cast a wider net. In particular, and in keeping with a truly community-centric approach, global groups need to look to the innovations of local communities. From Kenya to Peru to Indonesia, families and villages are reviving certain traditional agricultural and other techniques such as water and soil conservation. These innovations are often simple, inexpensive and environmentally sustainable. Their low input costs combined with the ability to increase output often results in sustained income gains. This provides the basis for further investments in economic, education and health improvements. This is a comprehensive approach rooted in local — and often ancient — community knowledge and practice.

Cutting-edge technologies can be used to augment and, most importantly, to disseminate these innovations to other communities around the globe. Prolinnova and other groups are focused on providing opportunities for small hold farmers to share their knowledge with one another.

The postwar order is changing. Many of those changes — extremist violence, anti-liberal ideas and practices, the exhaustion of certain economic management approaches — need to be overcome. Yet the basic structures of the liberal global order will not survive without changes that better incorporate the needs of those who have yet to experience the benefits of globalization.

International NGOs need to be part of this change. The good news is we are.