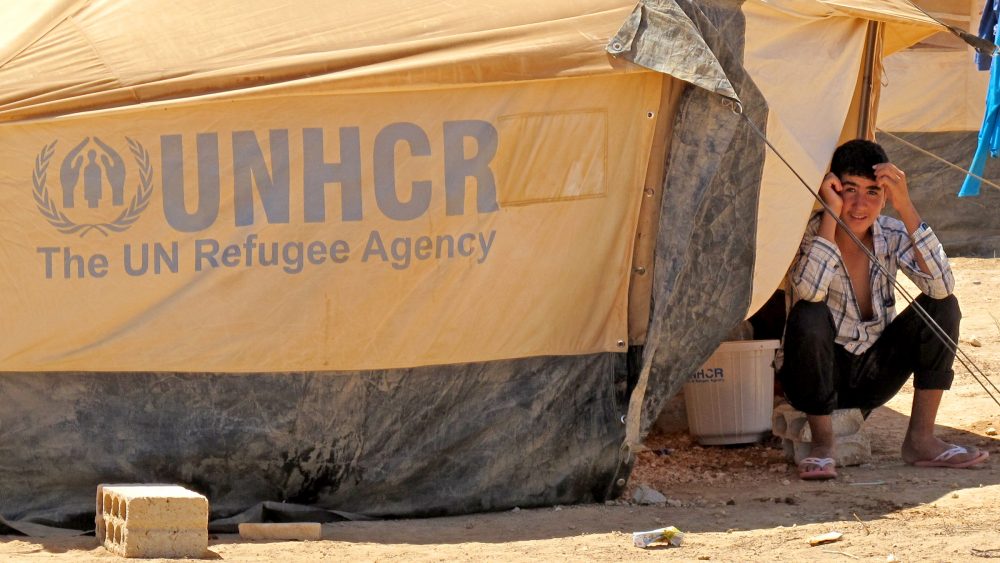 Addressing the media in Geneva, a United Nations spokesperson yesterday highlighted the challenging working environment in which UN humanitarian agencies are operating in within Syria and flagged that aid is being delivered to all those who need, regardless of their affiliation and where they live.

“From the planning process to the actual response, we are guided by our determination to assist people affected by this terrible crisis in accordance with core humanitarian principles of humanity, neutrality, impartiality and independence,” OCHA Deputy Spokesperson Jens Laerke told a news briefing in the UN Office in Geneva, in response to claims made in UK newspaper The Guardian.

“We are focused on reaching all people in need by whatever means feasible, including through regular programmes, cross-line, cross-border and air operations,” he added. “This delivery is despite the dangerous security conditions; every day UN staff and our partners risk their lives to deliver this life-saving assistance.”

The conflict in Syria has left some 13.5 million people in need of urgent humanitarian assistance, according to OCHA. However, with each passing year, as the conflict in Syria has worsened, the scale of the humanitarian crisis has escalated. UN humanitarian agencies have responded by scaling up programmes and reach, delivering from within Syria, across borders and by airdrops in all parts of the country. Their assistance includes safe water, food, nutritional supplements, medicines and health support, as well as programmes supporting education, protection, vulnerable people, support to women-headed households and more.

UN humanitarian agencies and partners are currently operating within a very large humanitarian response plan which calls for $3.2 billion in funding, and of which just 33 per cent has been received so far.

The spokesperson addressed the UN’s work with all parties to the conflict, including relevant departments of the Government of Syria, to reach people with the life-saving support they need.

“The Government determines the non-governmental organizations (NGOs) that the UN agencies in Syria are permitted to work with,” the spokesperson said. “If agencies in Syria did not accept this, they would not be able to save so many lives by delivering critical supplies and services to millions of people across the country.”

In his remarks, Mr. Laerke said that the UN delivers to all areas of the country – irrespective of the status of control and using the most effective methods, including deliveries to non-government controlled areas through UN Security Council-authorized cross-border deliveries from Turkey and Jordan and deliveries from government-controlled areas across conflict lines to besieged and hard-to-reach enclaves.

“Since the beginning of 2016, the UN and partners in Syria have successfully reached 1.2 million people in besieged and hard-to-reach and other priority areas through inter-agency operations,” Laerke said. “Many of these people have been reached more than once.”