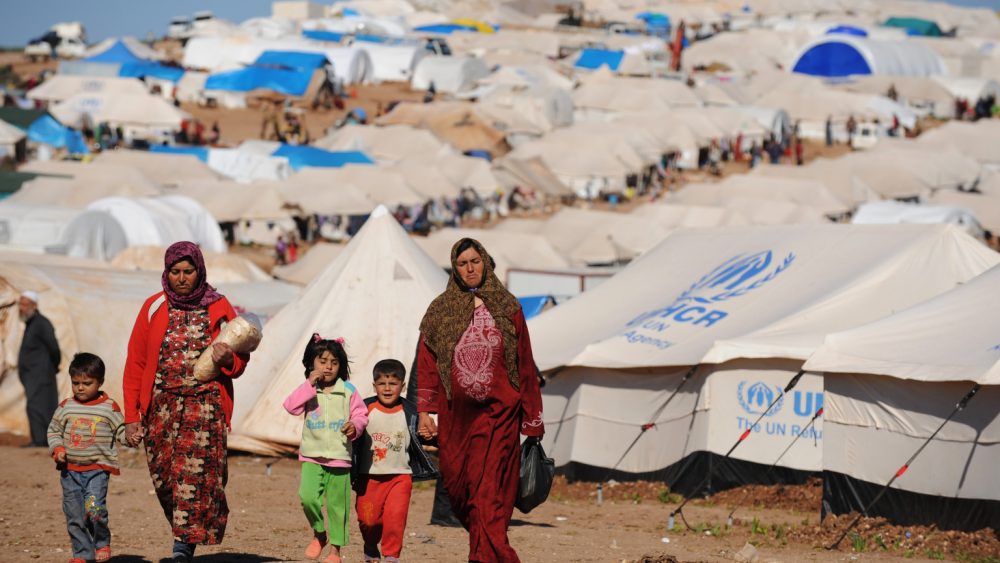 Humanitarian PR is a moral minefield. It’s important to remember the people behind your stories are more than just case studies to bring in fundraising.

With humanitarian emergencies on the rise, and the advent of a 24/7 digital news cycle, there’s an abundance of images of sad children, wailing mothers and petrified fathers on our front pages. Communicating disasters has become a moral minefield and I keep wondering: how can we communicators balance the truth with finding the “right angle” to capture the media’s attention and spur the public to action?

Ask how you would feel if someone posted your child’s picture without asking permission. When people share their real-life stories, they consent to share a part of themselves, a part of what makes them who they are. Aid communicators ought to have full signed and clear consent from beneficiaries to use any photos.

We all know that suffering can be one of the principal currency earners for humanitarian agencies. Portraying human misery to prompt empathy among readers happens frequently. As much as our fundraising is vital, it is improper to incite readers to feel pity towards fellow human beings. The people we’re talking about are still proud individuals and we have a duty to maintain their dignity.

3. Avoid the amplification of feelings

Our role as conduits of information is not to interpret it or cast it over a megaphone. Capturing the right amount of emotion can be delicate. The overriding test for humanitarian communicators is to remain relevant and effective to our increasingly discerning audience without altering the truth. I often remind myself that it’s not about how I feel or what I think, but about the people I spoke to felt when, say, an earthquake destroyed their house.

4. Use the information for the purpose initially communicated

Sharing people’s stories can have more than one purpose, such as providing information, raising awareness, raising funds, or influencing decision makers. It is our duty to tell people how their story will be used and then use it accordingly.

Telling one’s story is often difficult if not exhausting, particularly if you’re being interviewed because you’ve had to flee your home due to war, or any of the many other reasons you’d come into contact with an aid agency in the first place. The people we’re interviewing are also strangers, so they might not want to share everything with us. They might be scared, skeptical, ashamed, or worried about the consequences of an interview. We also might not need all their information to write our story. Don’t ask beyond what is necessary – respect their freedom of silence.

6. Show the positive side

Images are always problematic. Even as they raise awareness and replenish our fundraising coffers, images raise acute ethical questions. While the issue we’re talking about might be very serious, there might be lighter moments. This could happen when your interviewee greets you, offers you tea, or makes a joke to break the ice. That could be your “Kodak moment!”

Quoting the individuals is one of the ways to maintain authenticity. Putting words into their mouths – and therefore emotions into their hearts – is tantamount to falsifying facts. So if an individual tells us she was “distressed”, we must not report her as being “traumatized”.

8. Don’t leave the facts out

I am not a fan of statistics but I believe in the power of numbers to offer context. They can, to some extent, rectify some twisted assumptions among readers and help them put things into perspective. Telling a story purely from an emotional angle risks blurring reality and misleading the reader.

There might be some personal and sensitive information we’ve collected to write our story. This could be as simple as a name. Handling the data confidentially is vital. Due to the nature of what we do, many people we will speak to are already vulnerable, and it’s our responsibility to make sure we’re not putting them in a much worse position by making details easily accessible that could be used to harm them.

10. Finally, keep their voice the focus for the reader

When narrating a real-life story, many social dilemmas come into play. For example, a mother could be telling you that the local hospital refused to admit her son despite his severe bleeding. This situation could push us to be more vocal about what our organization is doing on wider social issues. However, we should ask ourselves: whose voice are we trying to raise: our organization’s or the people directly affected?