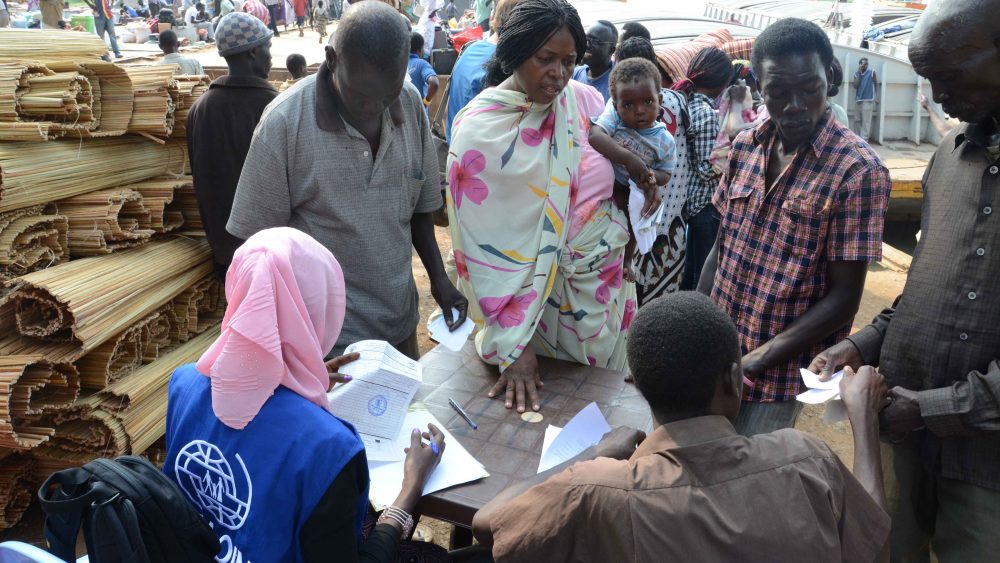 The United Nations General Assembly yesterday unanimously adopted a resolution approving an agreement to make the International Organization for Migration (IOM) part of the UN system as a related organization.

“Migration is at the heart of the new global political landscape and its social and economic dynamics. At a time of growing levels of migration within and across borders, a closer legal and working relationship between the United Nations and IOM is needed more than ever,”said Secretary-General Ban Ki-moon in a statement welcoming the Assembly’s decision.

IOM, which assisted an estimated 20 million migrants in 2015, is an intergovernmental organization with more than 9,500 staff and 450 offices worldwide. Founded in the wake of the World War II to resettle refugees from Europe, the organization celebrates its 65th anniversary in December of this year.

Highlighting that the approval of the agreement by the governing bodies of both organizations marks a “major milestone in the long-standing and close relationship” between the UN and IOM, the Secretary-General added that the relationship agreement not only formalizes this partnership, but also sets out an even closer cooperation between the two organizations while preserving the mandates and responsibilities of other UN organizations and subsidiary organs and agencies in the field of migration.

“The Secretary-General trusts that the relationship agreement will contribute to a more effective global response to the challenges posed by large and sudden population movements. It will help to strengthen the support provided by the United Nations system to Member States in implementing the migration-related elements of the 2030 Agenda for Sustainable Development,” the statement said.

The agreement outlines a closer relationship between the 65-year-old IOM and the UN to strengthen cooperation and enhance their ability to fulfill their respective mandates in the interest of migrants and Member States.

“The United Nations and the International Organization for Migration, recognizing the need to work jointly to achieve mutual objectives, and with a view to facilitating the effective exercise of their responsibilities, agree to cooperate closely within their respective mandates and to consult on matters of mutual interest and concern,” said the adopted resolution.

For his part, IOM Director General William Lacy said that the Assembly’s decision to approve the agreement shows the growing strength of the relationship between IOM and the UN.

“We are living in a time of much tragedy and uncertainty. This agreement shows Member States’ commitment to more humane and orderly migration that benefits all, where we celebrate the human beings behind the numbers,” he said in a press release.

“This is an historic day, not only for IOM and the UN, but for migrants and their families across the globe,” he added.

Through the agreement, the UN recognizes IOM as an “indispensable actor in the field of human mobility,” IOM said, adding that this includes protection of migrants and displaced people in migration-affected communities, as well as in areas of refugee resettlement and voluntary returns, and incorporates migration in country development plans.

“IOM has worked closely with the UN since our foundation at both operational and policy levels. IOM Member States recognize IOM as the global lead agency on migration. And now, becoming a part of the UN family will give IOM a vital voice at the UN table to advocate for migrants and their rights worldwide,” said Mr. Swing.

This action paves the way for the agreement to be signed by Secretary-General Ban-Ki Moon and Mr. Swing at the UN Summit for refugees and migrants on 19 September, which will bring together UN Member States to address large movements of refugees and migrants for more humane and coordinated approach.

IOM was granted Permanent Observer status to the UN General Assembly in 1992, and a cooperation agreement between IOM and the UN was signed in 1996.

Recognizing the need to establish a closer relationship between the two organizations, the General Assembly earlier this year requested Secretary-General Ban Ki-moon to take steps to conclude an agreement in that regard. The UN chiefs’ draft agreement, which formed the basis of  yesterday’s Assembly text, was approved by the Council of the IOM on 30 June.